YOUNGSTERS from year four at Meadows First School in Bromsgrove have been busy picking up litter around their school and improving their local area.

The pupils had lots of fun searching for litter in teams but were shocked with the amount there was – 1,093 items were collected in one hour, weighing 7kg. 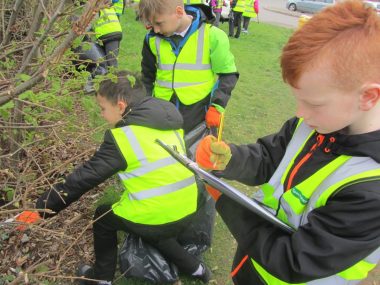 The majority of the waste consisted of sweet, chocolate wrappers and plastic but there were also dog toys, a trainer and a sock.

One pupil Charlie said: “I was shocked that people couldn’t put their litter in a bin even when there was one provided.”

Ayse added: “My heart dropped when I saw the amount of litter.”

Some pupils even took the message away from school, collecting litter in their local area and showing they ‘loved where they lived’.