CONSERVATIVE Sajid Javid was returned as the MP for Bromsgrove and increased his already sizeable majority by 6,533 votes.

It was a good night all round for the Tories who officially reached the finish line at 5.05am with 51 seats still to declare, meaning the party will have the working majority it was aiming for.

In the run-up to the election, Prime Minister Boris Johnson had repeated his slogan ‘Get Brexit done’, saying his party was the only one with a realistic chance taking Britain out of the EU, following the referendum result in 2016.

The Liberal Democrats vowed to revoke Article 50 if they were elected and Labour pledged to renegotiate a softer Brexit deal with the EU and then put it to the people in a ‘confirmatory referendum’ with an option to remain.

The turn-out was similar to the last election at 73 per cent.

In his victory speech Mr Javid thanked the people of Bromsgrove for returning him as the MP and he praised his fellow candidates, saying the contest was a ‘free and fair fight’ which should never be taken for granted.

He wished the other candidates well and thanked his team for ‘getting the message out in Bromsgrove’, the election organisers and the police and fire service.

“It looks like Conservatives will get a majority Government and means the British people have rejected the division that was being offered by the Labour Party.

“They have chosen a path forward of unity and a way to bring the country together – of course that means we want to move forward with Brexit and get that done but also to focus on the other priorities the British people have – keeping our economy strong and giving working people financial security.

“This should be seen as the start of the healing process – there has been too many arguments in our politics.

“This is a way now to bring people together in our great nation.

“It doesn’t matter where  you are from – which region in the country, whether rural or urban, what race, colour or gender you are – we will be a one-nation Government that will represent the whole country and build a brighter and better future for the people of Bromsgrove and the whole of Great Britain.”

Sajid Javid's victory speech after he increases his majority by more than 6,500. 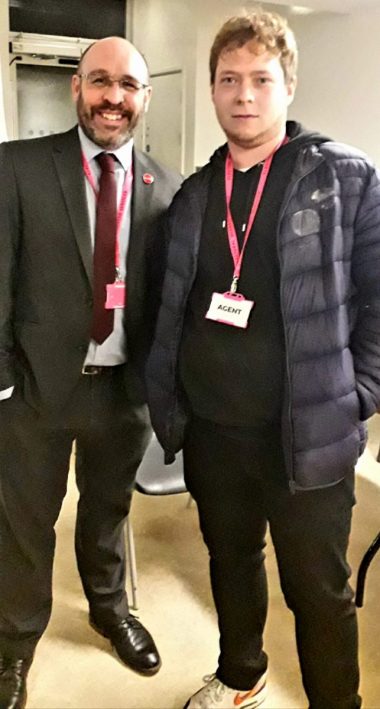 Mr Shannon thanked all the staff from Bromsgrove District Council who had ensured the election was a fair process, his family, the Bromsgrove Labour Party and the residents.

“It has been a very fair election in Bromsgrove, I think we have worked together well as candidates and I want it to continue that way because that is the way to do politics.”

Dr Nicholl thanked Bromsgrove, his fellow candidates and Kevin Dicks and his team at Bromsgrove District Council and the police for the way it had organised the election.

“It is important as we go forward we reflect where we are as a nation and it is vital all of us – citizens, journalists and the judiciary hold this Government to account and the promises which were made – the 40 new hospitals we were promised.”

He said it was important the Union was maintained and called for assurances from Boris Johnson on the border in the Irish Sea and that the UK is maintained as the UK.

“I think it is vital we stay together as the United Kingdom.”

An emotional Kevin White said: “It has been a terrible night for anyone who cares about the planet, its species and social justice. 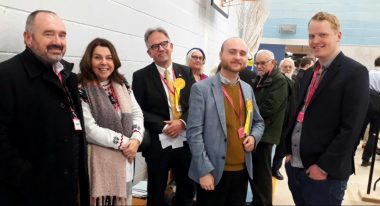 “They are important issues in our society and the World.

“What we cannot achieve for the planet and species and for our own futures at the ballot box, we have to achieve out on the streets, fighting for what is right through protest and direct action.

“Raising his voice he accused ‘the Tories of doing nothing for the planet in the last ten years’.

“We don’t expect anything different in the future from this Tory Government which is coming – it’s down to the people.

“If we care about the planet, the animals, social justice and our children’s future, it’s down to us to take the action that is necessary.”

LONG-STANDING MP Richard Burden was unseated in Birmingham Northfield as the Tories took the constituency for the first time in 27 years. 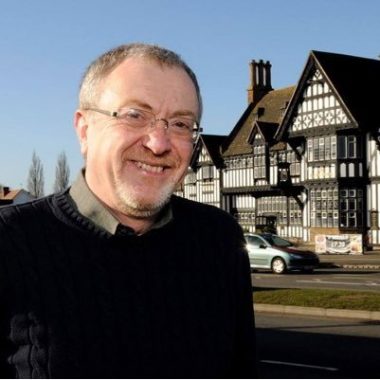 He had a majority of 4,667 going into this election and, despite polling 18,317, he was beaten by Conservative Gary Sambrook who notched up 19,957.

Prior to the vote, Mr Burden thanked everyone who had worked so hard on the campaign in Northfield.

“You are all amazing. And thanks to the people of Northfield.

“Win or lose tonight it has been an honour to serve as your MP these 27 years.”