A FORMER police officer turned author from Bromsgrove has released his latest book which he co-wrote with an ex-colleague, writes Cameron Mowat.

Michael Layton and co-author Stephen Burrows’ Reporting for Duty looks at a tumultuous period of social history in the West Midlands between 1974 and 1999 when society had to reform against a shady background of political and civil unrest.

Serious criminals would regularly test the force’s responsive ability and the book highlights personal acts of ‘courage and commitment’, as well as paying tribute to officers who lost their lives in the line of duty. 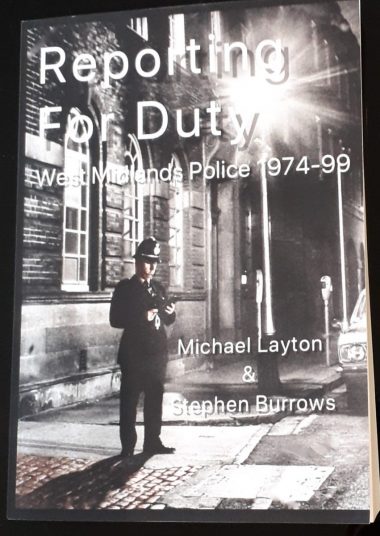 The book also features personal accounts from scores of individuals which provide a human touch to the story about the UK’s second biggest police force.

There are also more than 200 pictures in Reporting for Duty, the majority having never been seen by the public before.

The book is billed as a ‘must-read for police historians’ and ‘a gripping read for anyone who may simply want to know more about what makes those who serve as officers continue to ‘report for duty’ with so many difficult challenges to face.

Half of the royalties from sales will be donated to the UK Police Memorial at the National Memorial Arboretum. 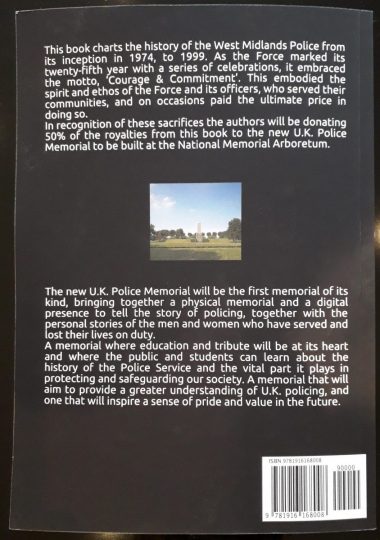 The UK Police Memorial in Lichfield will remember officers who lost their lives, teach people about the history of the service and its importance in protecting and safeguarding society and and provide a greater insight and understanding into the world of policing.

Reporting for Duty is available here from Amazon for £14.99.