FLOOD UPDATE - Some Bromsgrove roads reopen while others remain closed

SOME OF THE roads shut during yesterday’s heavy rain and flooding have been re-opened while others are still affected by the deluge.

The A448 Kidderminster Road near Chadddesley Corbett has now re-opened and the main A38 near Morrisons re-opened last night.

Worcestershire Highways tweeted the picture below and hit out at some drivers in that area for ignoring the ‘road closed’ signs. 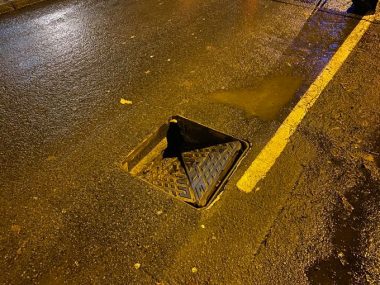 Officers wrote: “Several vehicles ignored road closed signs and drove through floodwater – they damaged their vehicles on this unseen manhole.

“Do not drive through floodwater, you do not know what is underneath! #floodaware.”

Highways’ advice was echoed by Hereford and Worcester Fire and Rescue’s control centre which said: “We are still receiving calls to vehicles driven into flood water.

“Please do not drive through flood water, this puts yourself and others at risk. Check your route before travelling and if necessary use a safer, alternative route.”

One of the worst hit was the Finstall Road in Bromsgrove, near the Rugby Club. 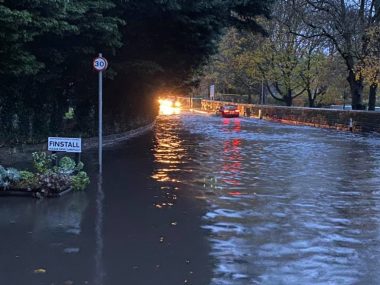 In Wythall May Lane, Watery Lane and Grimpitts Lane were hit by floodwaters as well as Houndsfield Lane in Hollywood.