The cash will be split between Housman Court’s garden project and Catshill under tens football club.

The event on Saturday was organised by Lisa Dews, deputy manager of Housman Court, and Gaz Evans, Catshill under tens’ manager. 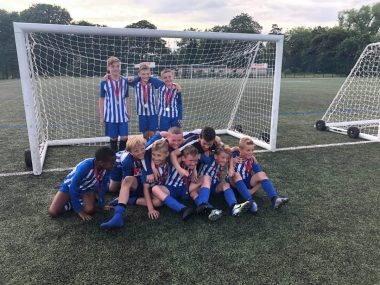 The pair co-ordinated the day, set up the teams and sought the prizes for the tournament, the third annual one to be held.

The fun-filled day also featured a barbecue, raffle and a ‘pick a square’ game with a prize of £100.

The children’s tournament was won by Sutton FC and Bromsgrove Select were crowned the adult champions. 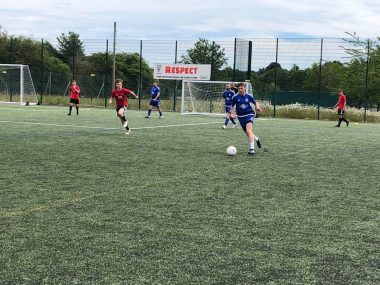 Laura from Housman Court said: ”We would like to thank all of the local businesses and members of the community who kindly donated prizes including Broad Street DIY for the gas for the barbecue.

“Thanks also to the participants and the team of volunteers without whom the event would not run smoothly.”