THE FIRST six contestants have gone through to the semi-finals of Search for a Star 2019 at the Austin Social Club.

Bethany belted out a number of songs from musicals, a Lady Gaga number and Lord Bless You and Keep You, while Champagne Shirley’s New York medley and Hey Jude went down a storm with the crowd.

And Charley sang Never be Enough from The Greatest Showman, Almost There from the Princess, Feed the Birds from Mary Poppins and All Falls Down from the Charlie Chaplin musical.

Bethany, who wants a career in musical theatre, told The Standard: “I didn’t expect to get through.

“I just wanted to do a variety of songs to show what I could do.

“It was amazing here tonight – it was the best audience I have performed to.”

Shirley had performed at festivals previously and private functions but this was her first competition.

“I just hope social clubs like this can keep going because so many are closing.

“It was brilliant – people need to keep coming out and supporting venues and events like this.”

And Charley added she was really happy to make it through to the semi-final for the second year in a row.

“I think the competition was even better than last year so I’m glad to be coming back.”

Last week, Scott Cartwright, Duo Dudes of Jazz and Keri Hoffman were the first three to make the semi-finals. 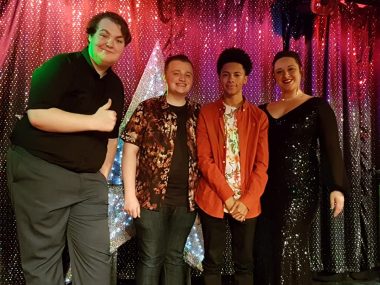 Every Saturday between now and March 2, eight acts will take to the stage to perform their 15 to 20-minute sets.

There will then be three semi-finals throughout March and the grand final on April 6 where contestants will battle it out for their share of the £5,000 prize money.

Tickets for tomorrow’s show are £4 on the door.

For more information on the competition or about entering, call organiser Tony Maslen on 0121 457 9308.