RESCUING cats has been synonymous with firefighters but statistically not many get the chance to do it.

But yesterday afternoon Bromsgrove firefighter Sophie Newnes was given the chance to rescue a cat called Squeak who had got stuck on a roof in Lickey End. 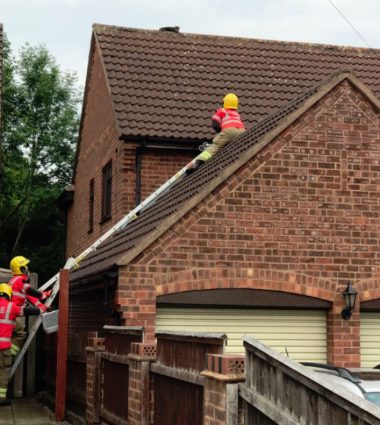 The fire service was called at 4.10pm to Alcester Road and a crew from Bromsgrove attended, along with the RSPCA.

Using a ladder, Sophie embarked on her mission and rescued the mortified moggy before handing it over to the RSPCA for a check-up. 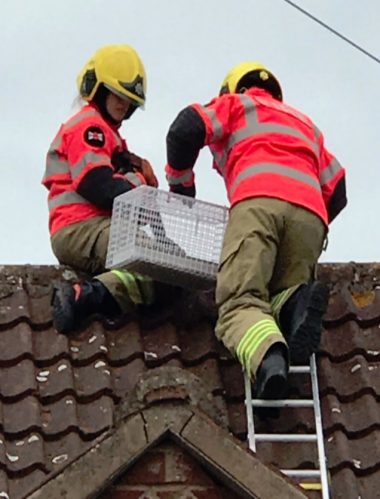 Picture courtesy of the RSPCA. s

It was a timely call-out for Sophie as it was her last run of shifts before she moves to Northamptonshire Fire and Rescue, based in Corby.

She said she had always wanted to undertake a cat rescue but had not had the chance to do it until now.

“It was so nice to have such a fun and positive shout with the crew before I leave.” 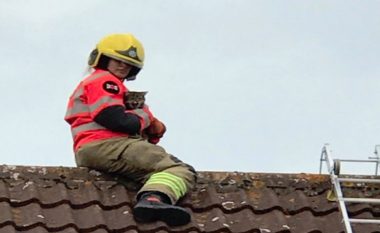 Picture courtesy of the RSPCA. s

ACO Baird from the RSPCA wrote on Twitter: “Big thanks to you all at Bromsgrove Fire Station.”

A spokesperson from Hereford and Worcester Fire and Rescue Service said: “Everyone loves a happy ending and the cat appeared to be grateful for the help it received.”