A HUGELY entertaining night of community fun saw Hereford and Worcester Fire and Rescue Service run away as 5-0 winners against West Mercia Police to retain the Copa Del Bradley on Friday April 29. 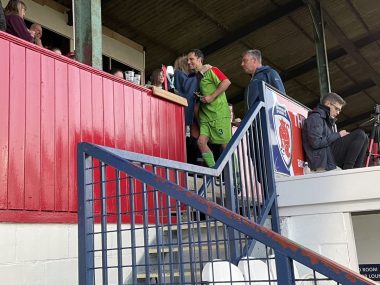 Sam Churchley wins the Man of the Match.

The annual charity football match commemorates former fireman Del Bradley, who died shortly before he was due to retire.

Police Cadets were selling raffle tickets to the supporters throughout the game, raising a total of £1700 with all the proceeds going to charities including the British Heart Foundation and the Firefighters Charity.

West Mercia looked the more threatening side early on but were struck a blow on eight minutes when the Fire Service’s Josh Wormington’s close range effort nestled into the bottom corner. 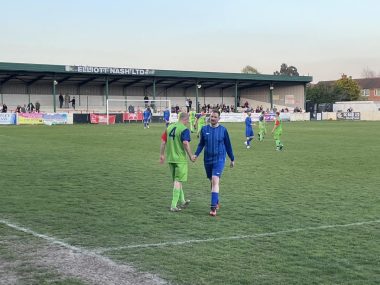 The Fire Service were two up before long as Man of the Match Sam Churchley cut inside and drilled a pinpoint second with his left foot.

Children from teams in Kidderminster and Kingfisher got the chance to take part in a penalty shootout at halftime.

The firefighters added to their lead on 67 minutes when captain Wayne Berry’s saved effort was rebounded to Sam Churchley, who tapped in his second goal of the game.

They were awarded a penalty six minutes later, which Berry emphatically converted. 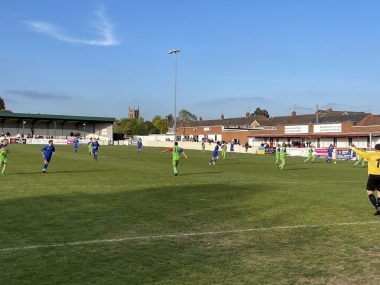 The 303 people in attendance were treated to a Premier League quality fifth goal to round off the night, as Dom Ginn struck a thunderous looping half volley into the top corner from 20 yards out.

This match was the first Copa Del Bradley to take place since the outbreak of coronavirus. 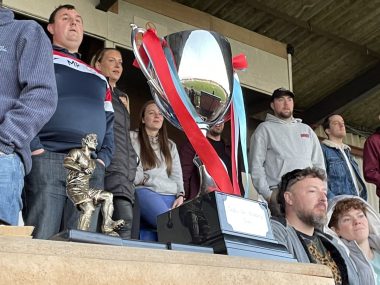 Fire service captain Wayne Berry said: “We’ve all had two tough years and to see so many people turn out after the break is really special.

“Some of the younger guys on our team today wouldn’t have known Del.

“They all now know the story and they know that we’re a family.

“Del was such a character, he was a brilliant man who was always beaming and cracking one liners and it’s great we can remember him in this way.”