A FUN day was held at The Dingle Social Club on Sunday to raised more than £1,000 for The Woodland House Appeal. 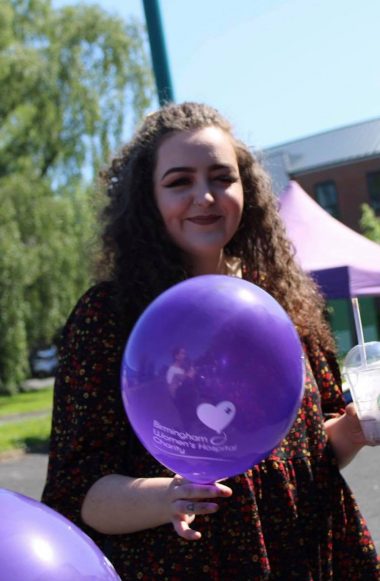 The Woodland House Appeal, part of Birmingham Women’s Hospital Charity, cares for over 2,000 grieving mums and dads every year who have lost a baby through miscarriage, stillbirth or neonatal death.

The event was organised by Shirley Ronan who spent weeks raising funds to buy prizes, games and hire bouncy castles. She was assisted by her friend Nathan Davies.

Singer Charley Thompson provided entertainment for the day, Shelley’s Treats in Bartley Green helped with mascots and Rachel and staff from Dingle Social Club. worked hard to ensure the day was the success it was.

Cofton Blooms Events provided balloons to be released in memory of all the babies who have passed away.

Shirley said: “It was such a fantastic day and it was lovely to see the community come together for a good cause – it’s one close to my heart.

“I want to say thank you to everyone who donated, came along and were part of the event.”

Jack’s Supermarket, on New Road, donated hamper items to be given as raffle prizes for the charity.

Ryan Bird, Store Manager at Jack’s Rubery, said: “Everyone at Jack’s is incredibly proud to help local charities such as The Woodland House Appeal.

“Their selfless work helps many local families, we were very happy to be able to help them with their fun day.”

The charity is on a mission to raise £1million for its Woodland House Appeal, which will allow it to break ground on its standalone bereavement centre.

The fun day featured family favourites including appearances from Spider Man and Disney Princesses as well as lots of prizes for the adults.