THIS was the scene of a crash in Bromsgrove last night as a result of drink-driving.

These pictures were posted by Worcestershire’s Operational Policing Unit. 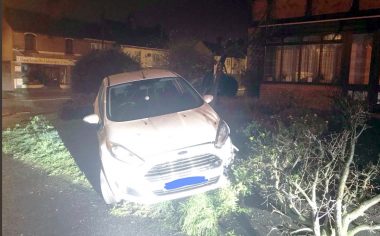 Luckily, no-one was injured in the incident which happened on the Birmingham Road, at the junction of Townsend Avenue.

The driver blew 86microgrammes of alcohol per 100ml of breath at the roadside.

The legal limit is 35mcg.

The driver was arrested on suspicion of drink-driving and taken into custody.

More than 120 people have now been arrested on suspicion of drink or drug-driving across the West Mercia Police force area since the police’s annual Christmas campaign to clampdown on the menace began on December 1.