THE DETAILS of this year’s Bromsgrove Remembrance Sunday Parade have be announced.

Organisations taking part in the procession should muster opposite Argos at 10.20am.

Standards for the different organisations will lead the parade behind police and church representative. 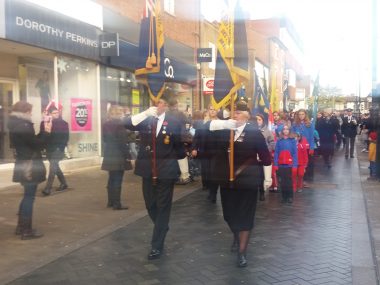 The parade will step off at 10.40am, giving an eye’s left will be at the Odd Fellows Memorial and the salute will be taken by the Deputy Lord Lieutenant of Worcestershire.

It will then turn into Church street, crossing Market Street to Church Close and then to the monument on Crown Close.

Amphlet Hall will be open for people to use and people can watch the parade from inside.

The service will be conducted outside the monument, starting at 10.55am and The Act of Remembrance will be at 11am with the road being closed for the complete period of the service.

Organisations will be asked in order to take their wreaths and place them around the monument and the service should finish by 11.45am.

There will then be a short service, starting at midday at St John’s church, involving a prayer and the laying of two blank wreaths – by the Deputy Lord Lieutenant onto the First World War memorial and the Royal British Legion Chairman onto the Boer War Memorial.

A poem will be read by Town Crier Kevin Ward and proceedings will be finished with a blessing.

The service in the church, open to everyone, will conclude around 12.15pm.

Any organisations wishing take part in the parade should call Bromsgrove RBL Chairman Patrick Smith at patrick.smith@uwclub.net or by calling 07949 789841.

Any organisation’s wishing to lay a wreath should contact Poppy Appeal Organiser Jeff Evans at poppyorganiser@gmail.com or by calling 07973 295972.

In the event of wet weather the service will take place in St John’s Church.

A COMMEMORATIVE Community Concert will be held at Artrix at 7.45pm on November 11 to remember the centenary of Armistice Day and raise funds for the Royal British Legion.

Battle’s Over will include performances from the Vintage Class singers, Blackwell Concert Band, featuring Town Crier Kevin Ward and Catherine Tabberner, the Chadsgrove Choir and Fairfield. 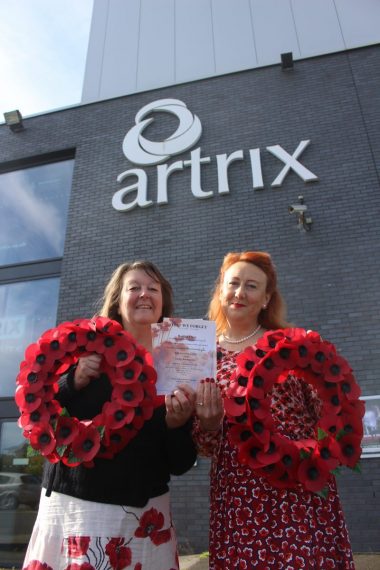 A beacon will be lit at St John’s Church in the evening.