A SUPER snapper from Hanbury has realised a life-long ambition by being awarded a Fellowship with the Master Photographer Association (FMPA) after creating a stunning panel of ​Creative Dynamic Portraiture (CDP) images.

The style is the speciality of professional photographer Martin Strivens who has more than 25 years of experience – from weddings, studio and environmental portraits to commercial, product and headshot pictures. 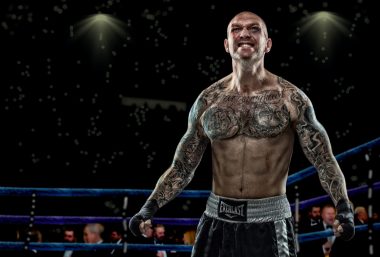 CDP involves the photographer being given a theme for their subject’s portrait and then they create the desired image – putting the person how and where they want to be pictured.

The judges praised his ‘unique style’, adding his ‘commitment to producing photographs of sheer quality’ was obvious to every member of the judging team.

Fellowship of the MPA is very difficult to achieve, taking a great deal of time, work and dedication over their art to reach that level.

There are three FMPA levels – Licentiate, Association and Fellowship – but many photographers remain on the first tier so this is a massive achievement. 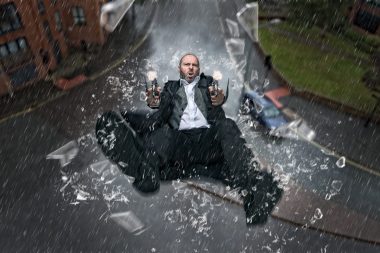 In the pictures on this page we have Tom Powell, a local farmer who wanted to be depicted as a Peaky Blinder and part-time boxer Thomas Humphries who wanted a picture of himself when he was at his fittest.

The other two are actor Philip Moore’s gangster shot and Die Hard fan Stephen Sutton shooting two guns whilst falling backwards out of a window.

With the boxer picture, Martin took the photograph of Tom in a studio and then that was layered on to the boxing ring and the combined image on to the crowd standing around, which was photographed at a function at the Chateau Impney. 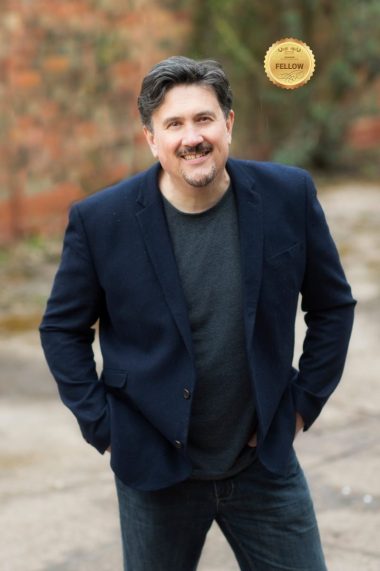 Stephen was photographed in the studio, the scene in the background is taken from a car park in Worcester and the rain and broken glass were added on afterwards with Photoshop.

Martin added: “It’s so much fun from getting the theme and coming up with the ideas to creating the final image.”

Many of Martin’s subjects are actors, models or people wanting to see themselves in a quirky picture.

On receiving his award, the Droitwich Arts Network member said: “I have been trying to get this fellowship since I started photography – it’s a goal I have always wanted to achieve and it’s great to be recognised for what I do.”