A CREATIVE pupil from Bromsgrove Prepatory School has raised more than £500 for Macmillan Cancer Support after spending the summer holidays making copper hearts. 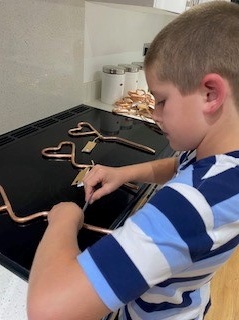 George Greathurst came up with the idea after finding some copper in his garage.

He asked his dad to help him with his project and has been selling the hearts for £10 each.

He thanked those who had bought his creations so far and had helped a ‘wonderful charity’.

He added: “I love making these hearts and have made lots – they look really great in the garden.” 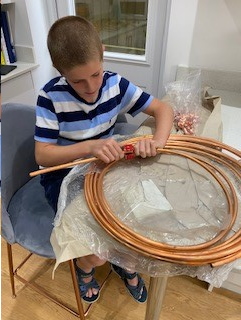 “We had been talking about the Macmillan Coffee Morning which is something that we support as a family and George suggested trying to raise money for them.

“We really are delighted with his – he is so committed to this.

“It has certainly kept him busy over the summer.”

The nine-year-old was inspired by family and friends who had been affected by cancer and George was keen to help raise money.

Visit justgiving.com/fundraising/claire-greathurst3 to buy his hearts.