ONE person was injured in a crash in Northfield around 9.10pm on Thursday night.

The collision, involving a Vauxhall Astra and a Renault Captur, happened on Merritts Hill, near the junction of Long Mynd Road. 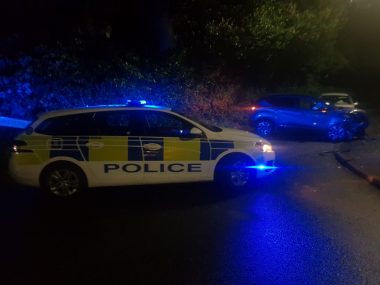 Residents living in the area said they saw two people leaving the scene.

West Midlands Ambulance Service treated one of the drivers for injuries not thought to be serious. He was then taken to Queen Elizabeth Hospital, Birmingham for further assessment.

Police and an ambulance attended and Merritts Hill is was closed near the Long Mynd Road junction while officers waited for the vehicles to be recovered and for the debris to be cleared from the road.

The silver Renault, believed to be stolen, was recovered for forensic tests.

Witnesses or anyone with information should call police on 101.

It comes a week after a stolen Ford Focus was stopped with a stinger outside The Highlander pub – 200m away from this latest incident.