A SERIES of break-ins at allotments in Bromsgrove and Redditch has sparked fury among plot owners.

Last month we reported how thieves were easily breaking into allotment sheds, stealing thousands of pounds worth of machinery and equipment.

Since then a petition has been launched asking Bromsgrove District Council and Redditch Borough Council to hire a private security company to patrol and protect the allotments during the night.

The petition, started by Bromsgrove resident Ryan Rogers on Change.org, reads: “Plot owners have been left devastated and heartbroken due the equipment being very expensive to replace and some being passed down through generations of families.

“Local security company TGF Security, who already work for Bromsgrove and Redditch councils have a very good solution to the problem.

“TGF Security can install security signs and send out licensed security guard in a mobile security patrol vehicle to check on the allotments throughout the night to deter the thieves.” 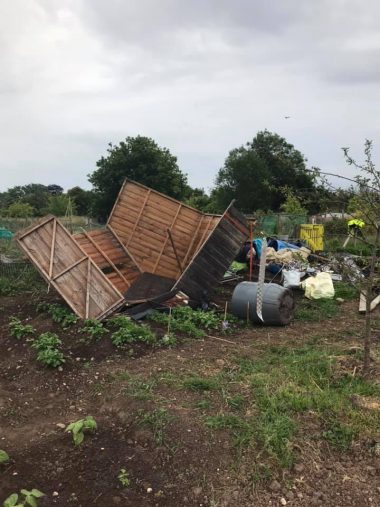 However a council spokeswoman told the Standard that a security company will not be hired.

She said: “While allotment users are responsible for their own equipment, we as a council have put in measures to help keep our sites secure where possible and, with our community safety team, provided the best advice to our tenants on security measures to be considered.

“Through our partnership working we are utilising funding from the Community Police Officers who have already provided them with free SmartWater to mark items of value and deterrent signs to put up too and we are replacing the damaged locks.”

“We do urge our tenants not to keep items of value at their allotments overnight but can assure them we have done all we can to make them as safe as possible.”