BIRMINGHAM City Council has moved to clear up the confusion relating to the change of speed limit on the Bristol Road South in Northfield and Longbridge and Lickey Road, Rednal.

Hundreds of people took to social media this week when the authority’s workers were seen replacing the 40mph signs with 30mph ones and putting up signs warning of the speed limit changes.

We were also contacted by drivers who said they were confused as some stretches had both a 30mph sign and a 40mph one next to each other.

We contacted the council and were told the changes would be coming into force as part of the Longbridge Connectivity Project. 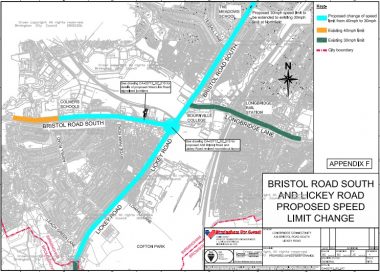 Work began on the changes on Tuesday to install the new speed limit signs, along with the temporary red and white signs warning that the new 30mph speed limit is in place, although it will not be implemented until mid-July.

A Birmingham City Council spokesperson told The Standard: “To avoid confusion, the new signage has now been covered up while this work is completed.

What about the speed cameras along the Bristol Road South?

We also asked about the yellow Gatso speed cameras on the Bristol Road as there had also been debate on social media about whether they were operational or not and were told the city council now operates an Average Speed Enforcement (ASE) camera system (the slimline poles with cameras, rather than the old ‘wet film’ Gatsos.

On the Birmingham City Council website it said: “The introduction of the ASE system is intended to positively influence driver behaviour and ensure that drivers comply with the set limits on roads; thus providing a safer environment for everyone who uses the roads.

“The ASE cameras will detect vehicles and calculate their average speed by measuring the time taken to travel between fixed points.” 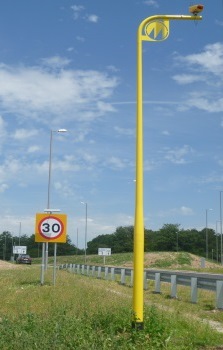 It added they were aimed at improving road safety, reducing the number of people seriously injured or killed in crashes and to improve driver behaviour over a greater area, along with speed limit compliance.

* What do you think? Should all of the Bristol Road South and Lickey Road be 30mph or should it have remained at 40mph? Send us your views to editor@bromsgrovestandard.co.uk