THE CONTROVERSIAL application to build 67 flats for older people on the site of the former Bromsgrove Fire Station and Library will not be heard at the district council planning meeting tonight after the developers withdrew it from the agenda.

A spokesperson for the authority said: “The applicant needs to resolve an outstanding matter with a consultee and once that is completed then the application will be heard at a forthcoming planning meeting.”

Officers had recommended the proposal be approved subject to a number of conditions, including a £14,600 contribution for improvements to the bandstand at Sanders Park and £7,320 for recycling and refuse bins.

The homes would also be restricted to people aged 55 or over who are in need of care.

As well as the flats, there will also be parking, a residents’ restaurant, lounge, a hairdressers, activities studio, spa suite, guest suite and mobility scooter store. 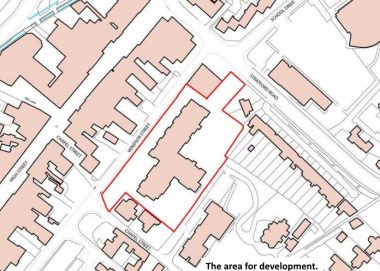 A previous application for the site by McCarthy and Stone was rejected by the planning committee and many Bromsgrove residents have argued there were already too many retirement developments near the site and it should be used for alternative use, such as a cinema or homes for young people and families.

Among those objecting on the council’s planning website was resident Siobhan Hughes.

“I believe that Bromsgrove can do better than this latest attempt to put yet another retirement village in our town.

“We should be demanding better for our town and looking to work with developers to invest and bring prosperity to our High Street area.”

Developers Adlington have been running a consultation about the site over the last few months.

The applicant, speaking for the development, said the current state of the site was unattractive and there was ‘desperate need’ for it to be developed.

It was also suggested it would be economically beneficial to town centre traders and businesses as there would be an increase in footfall from the people who moved in.

WHAT do you think? Is this development suitable for the site? Maybe you feel something different should go there.

Email your views to editor@bromsgrovestandard.co.uk .