THE HOLI festival was celebrated at Bromsgrove’s Rigby Hall School with a festival of dance led by a maestro in the field.

Kalpesh Zalavadiya from K’z Dance Entertainment Ltd led the party for the second year running after the inaugural event in 2018. 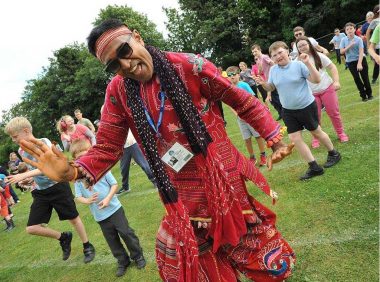 Kalpesh worked with groups of students and everyone joined forces at the end for a big finale which parents were invited to join in with. 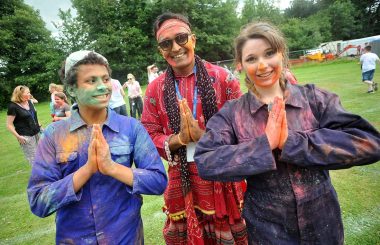 Charlotte Brookes, the school’s PE co-ordinator, said: “The whole school performed three dances they had learnt throughout the day and finished with throwing powder paints which is a Holi tradition.

“We all had such a great day and it was lovely to see the whole school come together to create a wonderful and very colourful atmosphere.”