THE POPULAR Clent Hills Vets which has branches in Bromsgrove, Rubery and Hagley, is celebrating its 25th anniversary.

The company wants to offer its sincere thanks to the local pet owning community who have helped make this milestone possible.

It all began back in 1996 when Rod Stroud joined forces with Alun Edwards and purchased long-standing independent veterinary practices in Bromsgrove and Hagley.

The two practices were named Clent Hills Veterinary Group, based on the scenic Clent Hills which lie between Bromsgrove and Hagley.

In 2009 Rebekka Fiorani became a partner in the business having worked her way up from kennel hand, starting in 1996. 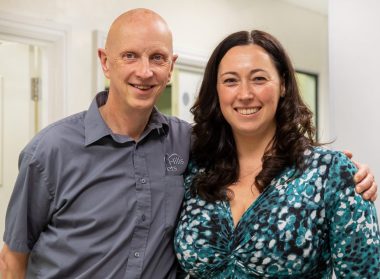 Many developments took place over the second decade of trading. In 2013 the Bromsgrove practice moved to a new purpose-built surgery on Worcester Road and in 2019 the premises was expanded with an enlarged and improved waiting area and the addition of two extra consultation rooms – one a cat-only room.

In 2016 the Hagley practice also underwent a major refurbishment and a third practice, in Rubery, opened in 2017.

Over the past 25 years the business has experienced many highlights, which includes winning a number of prestigious awards.

Rebekka Fiorani won ‘Best Practice Manager 2018’, the business was a top three finalist for ‘Innovation of the Year’ in the North Worcestershire Business Awards in 2019, and in March this year the Bromsgrove practice was voted ‘Best in Worcestershire’ in The Best UK Vet Awards.

The business has also shown great support for animal and wildlife charities over the years with fund-raising activities for Therapy Dogs Nationwide, The Cinnamon Trust, the British Bee Veterinary Association, the Worcestershire Wildlife Trust and Fresh Start for Hens.

Rebekka Fiorani said: “We are all very proud to have been looking after people’s precious pets for so many years, whilst also helping a variety of important associated charities.

“Thank you to everyone who has been a part of our progression since 1996, we wouldn’t be here without you.”