A FOND farewell will be paid to much-loved Austin Ex-Apprentice and hill climb driver Kim Johnson.

Due to Covid restrictions it was not possible for everyone who wanted to attend his funeral so his friends have decided to stage a display of classic Austins at the Vale Crematorium in Fladbury in tribute to him. 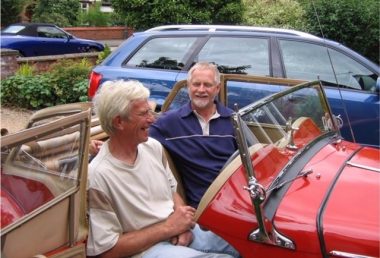 Kim, who was born in 1948 and lived in Droitwich, joined ‘the Austin’ as a technical apprentice in 1965 and on successfully completing his training he spent most of career as a planning and works engineer, rising to become in charge of all paint facilities at Longbridge and other Rover plants.

In his private life he was an avid motor sport enthusiast and in 2003 he was able to combine his hobby with work when he was made Motor Sport Director for MG Rover in charge of the works’ rally team and cars competing in the British Touring Car Championship.

As a hands-on and talented engineer, in addition to the many cars he restored and raced, in 2015 he was elected as Chair of the Shelsey Walsh ‘Dibnahs’ – dedicated to the restoration of the old mill. 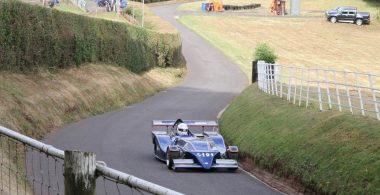 He regularly competed on the famous Hill Climb there and just two weeks before his untimely passing he set a personal best in his Mallock.

A member of the Austin Ex-Apprentices Association throughout, he became Treasurer in 1994 and was a stalwart supporter who will be sorely missed on the committee and by members of the 1,000-strong worldwide organisation.

All who knew him whether at Longbridge, Shelsey Walsh, in Motor Sport and the Austin Ex-Apprentices Association saw him as a quietly spoken and talented engineer, a true gentleman who will be sadly missed.

He is survived by his wife Jenny, son Ben, daughter Victoria and three grandchildren.