THE CHARFORD community came together yesterday at the Golden Lion pub for a family fun day and to raise funds for the St Andrew’s Church roof appeal. 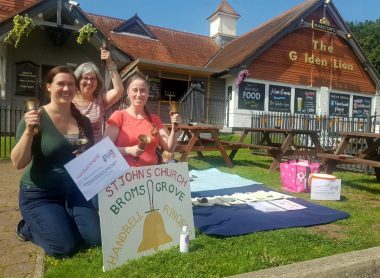 The event featured a number of stalls, including bric-a-brac, donated home-made cakes, whack a rat and a tombola.

There was a music roadshow from Golden Lion resident DJ Karl Sutton, bouncy castles and a raffle which had plenty of prizes, including hampers donated by Morrisons and the Co-Op.

Visitors could give hand bells a go with the St John’s Church bell-ringers, get crime advice, purse bells and bicycle marking kits from Bromsgrove Police and throw wet sponges at councillors and others in the stocks.

Around £18,000 will be needed to repair the roof but some of the cash is coming from grants and other funding. 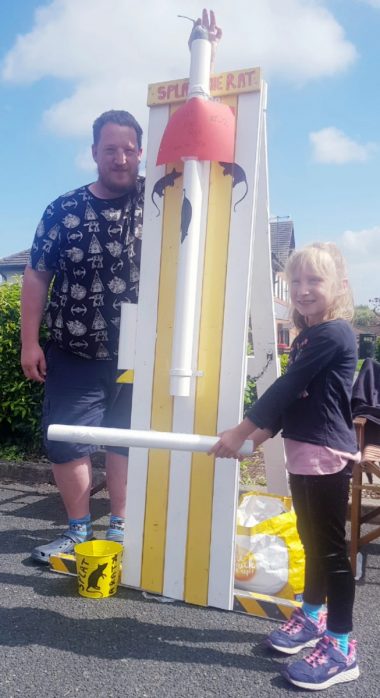 Anthony and Ariah Griffin, six, on the whack a rat stall. Picture by Tristan Harris.

More than £500 was raised yesterday from the stalls and one raffle with more still to come in.

Caroline Khan, who organised the event with Lou Hall, said: “It is an amazing amount for the fun day so far – I didn’t expect to get that much.

“I also couldn’t believe it when I saw how much had been donated for the stalls and raffles.

“The main reason for the day was to get people together, as well as raise funds, and I never thought we would receive so much support for the day.

“There’s still a long way to go but this has given me plenty of heart we will reach our total.

Marie Griffin, whose family ran the whack a rat game, said: “We just wanted to give something back – our daughter Ariah used to go to the church and hall a lot when she was little.”

PC Anna Harding, from Bromsgrove Safer Neighbourhood Team, said: “It’s great for the local police to be part of the community and events like this help us get important messages out.”