A WOMAN who is recovering from a brain tumour and a stroke is making bracelets with inspiring messages on and selling them in aid of the charity which paid for her life-saving surgery.

Sammy Taylor, from Bromsgrove, was diagnosed with the tumour when she was just 18.

She was assured by doctors that the tumour ‘would never grow’ and was put on a ‘watch and wait’ list for five years.

In October 2018, Sammy had her final brain scan where she was hoping to be discharged.

Unfortunately it showed her tumour had doubled in size.

The now 25-year-old said: “Only my mum and my eldest sister knew about the surgery I needed to have, I kept it a secret from everyone else.

“In the meantime I designed bracelets as daily reminders of encouragement leading up to the operation, which I had in June this year.” 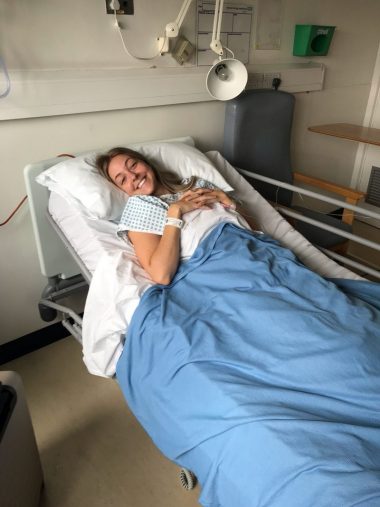 The bracelets have inspiring messages engraved on them such as ‘if you can you must’, ‘something good is about to happen’ and ‘don’t worry about a thing’.

“I decided to sell the bracelets while I was in recovery and off work, donating ten per cent of every sale to charity Brainstrust because of the support it gave me.”

In January, Sammy was offered two conflicting surgical options and was faced with making a decision on whether to go ahead or not.

Luckily Brainstrust stepped in and offered her a third option by paying for world-leading neurosurgeon.

The successful surgery removed the entire tumour but during the procedure she suffered a stroke.

She is in the process of learning how to walk, write and eat again and has been left with facial paralysis.

“I wanted to share my story to highlight the importance of early diagnosis as the doctors told me I had vertigo for a long time.”