TOWN criers from across England, including Bromsgrove’s Kevin Ward, descended on Alcester for its annual Town Crier competition on Easter Saturday.

In near perfect conditions – still, sunny weather – a field of 16 criers from as far south as Bognor Regis and Wiltshire to Sandbach in the north battled it out before an appreciative crowd. 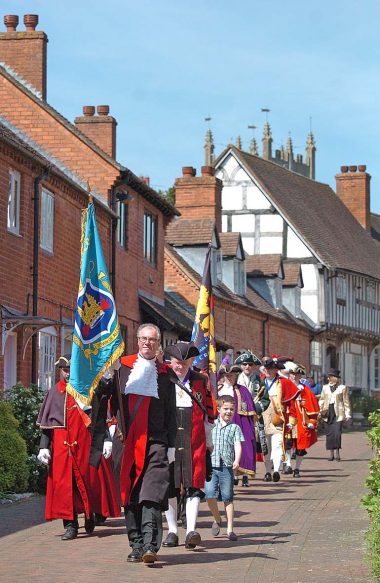 “To have 16 Criers is fantastic and they did two cries – their own ‘home cry’ to tell everyone about where they are from and a second one on a theme chosen by us which this year was the ‘Wonderful World of Disney’, the theme of our annual June market,” said High Bailiff Dave Parkes, himself a former Alcester town crier.

“They were all of a high standard and so the content of their cry was important too and some of them were very good indeed.” 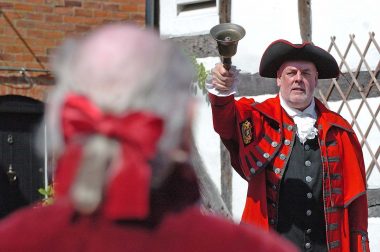 In a profession normally seen as the preserve of men, three women took part, Marion Lowe from Shipston on Stour, Jane Smith from Bognor Regis and Carole Williams from Bishops Stortford in Hertfordshire.

However it was Adrian Holmes of Sandwell who clinched the top spot followed by Ken Knowles of Lichfield and Peder Nielsen of Bromyard and Winslow. 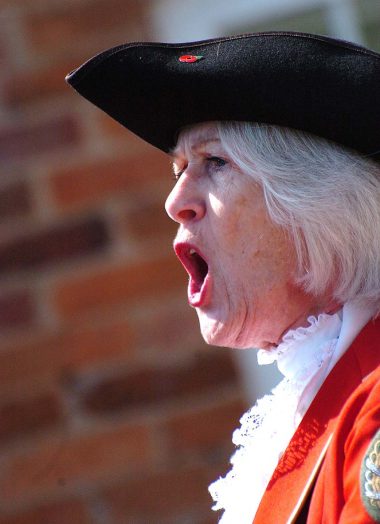 The event marked the start of a busy run up to summer in Alcester and will be followed by the Ancient Act of Assizes in the town on Saturday, May 11. 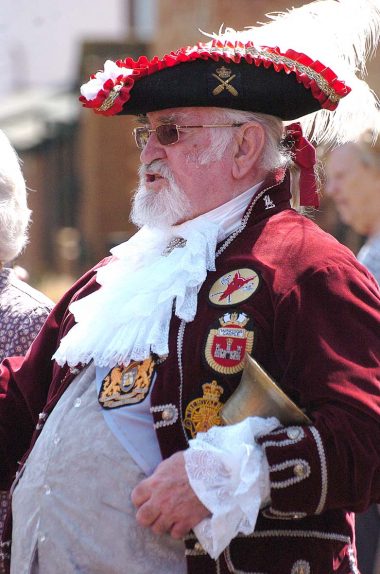 Relaxing in the sun. Picture by Marcus Mingins 1719004MMR4 www.buyphotos247.com

“This will see thee Court Leet going around various premises tasting the bread, meat, fish, leather and beer to make sure they are of sufficient quality and fit for consumption by the people of Alcester and surrounding areas,” said Dave.

It will be followed on Saturday, May 18 by the now nationally recognised Alcester Food Festival which attracts visitors from around the globe and which is always over subscribed by sellers eager to put their goods on show.

Then on June 9 it will be the Court Leet market on the theme of the ‘Wonderful World of Disney’ which will take over the streets of Alcester.