Bromsgrove's Darren Shipman up to almost £1,400 after completing his 31 challenges for Birmingham-based Edward's Trust

A BROMSGROVE man has raised almost £1,400 for the Edward’s Trust after successfully completing 31 fund-raising activities in 31 days throughout October.

Darren Shipman’s month-long campaign concluded on Saturday when he ran 10k and his friend Gary Jones of Physio 206 and his wife Sara – also as part of their 31 things in 31 days challenge – completed 31 miles between them around Bromsgrove. 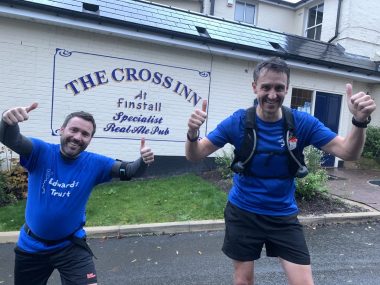 Darren also enlisted the help of the Avoncroft Hurriers so he could be accompanied – either in person and socially distanced or virtually – by another 31 people who also ran 10k (6.2 miles) of one of the 15.5mile circuits. 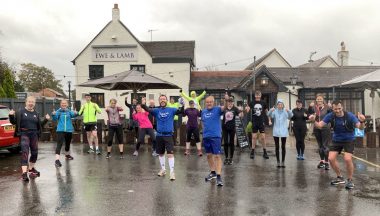 Among the other activities undertaken by Darren Shipman have been a Zumba class, swing dancing, litter-picking, karate and pumpkin carving.

During his challenges, he has been joined by some people from Bromsgrove, including Coun Jo Till and Natasha Tandy from Tandy Fitness, and some from Worcester.

The Edwards Trust, a charity close to Darren’s heart, is a bereavement charity which supports families who lose a child or children who lose a parent.

It launched the 31 things in 31 days after initially organising a 30 in 30 days fund-raiser last year to celebrate the charity’s 30th birthday. 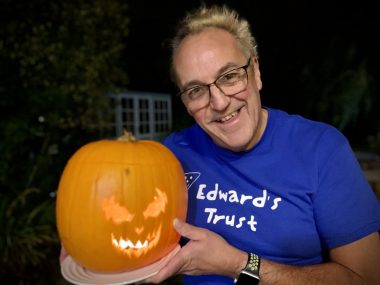 There were 20 individual ‘31 in 31’ supporters and a number of people from the Binding Site, the ‘Business over Breakfast’ Club and Business Networking International (BNI) undertaking a whole variety of challenges.

Because of its success last year – raising enough to fund 106 hours of support and because like other charities its revenue has been hit hard by the pandemic – it was decided to run the similar event this year.

Visit justgiving.com/fundraising/darren-shipman1 to boost Darren’s coffers further or go to facebook.com/edwardstrust for more on the charity.