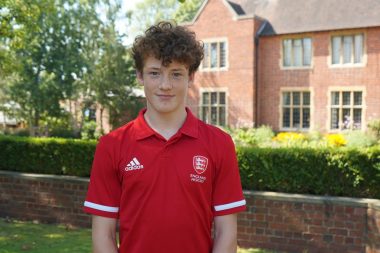 Isabelle Eaton, Olly Davidson, Amber Langford-Fennell and Isaac Bridge have all represented their countries at youth level on the international stage whilst undertaking their studies.

Isabelle, who played three netball matches across four days for England under-19s, said she was overcome with joy to wear her country’s colours for the very first time, alongside the best players in the country.

“It was a great opportunity to show what we had learned from the Roses Academy Camps and put it into matches against some amazing opposition,” she said.

Cricketer Olly worked with Worcestershire CCC coach Elliot Wilson and was grateful to be given the opportunity to play with Scotland’s first team. 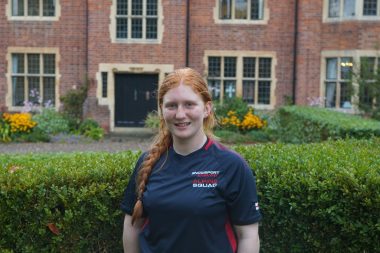 He said: “I’ve found the experience of playing cricket at an international level very exciting, it’s always tough playing a high level of sport, however I’ve enjoyed every second of it and can’t wait to push forward and play more.”

He also played in four trial games as part of Scotland’s warm up for the T20 World Cup.

“It was great to play with international players, and learning what it takes to be successful at this level,” he added.

Skier Amber is looking forward to her first outing with the Snow Sports England U16 Alpine squad having recently been crowned under-16 Dry Slope champion.

“This summer I’ve been competing in the national GBR slalom ski races throughout Great Britain – it’s the top championship in the country on dry slope and indoor snow. 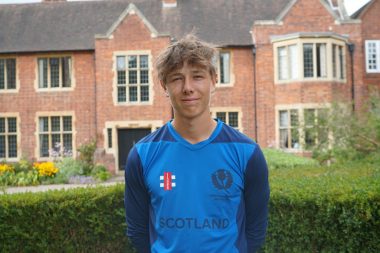 “I expect to be competing in both Slalom and Giant Slalom ski races against Europe’s most experienced athletes representing their countries, in addition to my freestyle snowboard competitions throughout the Alps.”

Hockey fullback Isaac made his international bow earlier this year and feels he has already learnt a lot after his four appearances at under-16 level.

“I was selected to play for the U16 England Hockey Squad, I played all four international games, I scored against Wales from a long corner, which was an amazing feeling and my best goal was against Scotland, where I managed to score off an interception and smash it in from the top of the D.”

“The experience has taught me a lot, and I am looking forward to the next stages.”