THE ORGANISERS of this year’s successful inaugural Bromsgrove Pride event have already started planning a bigger event for next year and they want anyone interested in being involved to get in touch. 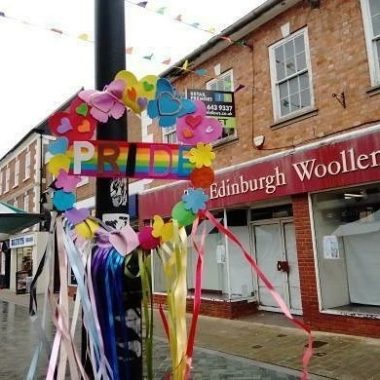 This year’s event on October 2 saw the High Street festooned with colourful street decorations and many shops and businesses put up rainbow flags or created window displays to show their support.

Despite bad weather there was a fantastic turnout from the local community and people who had journeyed from further afield.

Hundreds of people enjoyed the party-like atmosphere, with musicians and performers introduced by a drag queen compere. The day also featured stalls run by a wide range of charities and organisations with an affinity to the LGBTQ+ community. 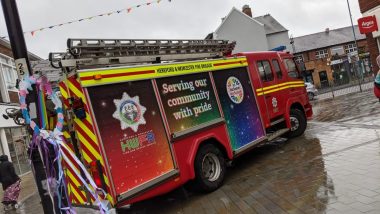 The event was able to go ahead thanks to funding from Bromsgrove District Council’s small grants scheme, money from Platform Housing Group’s Community Chest and a donation from Coun Kyle Daisley.

This was spent on market stalls and paying the talented singers and performers who helped the day go with a swing.

The Bromsgrove Pride committee was delighted with how the event went. 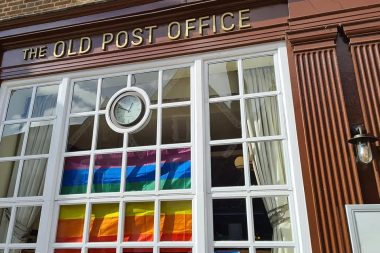 A spokesperson said: “We had people coming up to us telling us it was the first time they felt ‘seen’ in the town and that the event meant a lot to them.”

Anyone wanting to join the Bromsgrove Pride committee and be part of Bromsgrove Pride 2022 should email bromsgrovepride@gmail.com or get in touch via social media – the Facebook page, Instagram page or Twitter page.