A BROMSGROVE man given a suspended prison sentence after being convicted of stealing from two churches has also been banned from Worcester and Kempsey for two years.

Vojtech ZigaVojtech Ziga, 25, of Burcot Lane, was sentenced to 18 weeks in prison suspended for 24 months and was ordered to pay £269 compensation, along with a £115 victim surcharge and court costs of £185.

He was also given a Criminal Behaviour Order at Worcester Magistrates Court yesterday which bans him from the Faithful City and Kempsey until 2021.

Ziga must not enter Worcester City (see below). 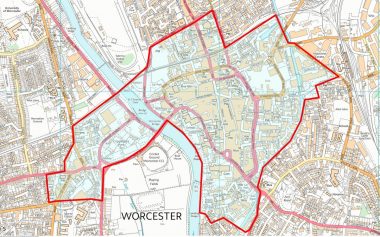 He is also banned from Kempsey (see below). 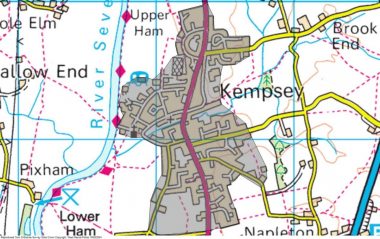 Ziga must also leave a premises on area when asked by someone who has the authority to do so.

The order also prevents him from entering The Hive, Worcester Cathedral and its grounds and St George’s Church, Sansome Place.

PC Catherine Broadfield said the order placed on Ziga was granted after a series of incidents including persistent begging, anti-social behaviour and the two burglaries.

“I hope the conviction and CBO provides reassurance to local retailers and local residents that police will take positive action to make our communities safer,” she added.

Members of the public are encouraged to report any breaches of the orders to West Mercia Police on 101.