A BROMSGROVE veterinary nurse who examined her own dog after he became ill was shocked to find he had swallowed a needle and thread.

Sarah Male had been concerned for labrador Red after he had been retching for over a week and then started being sick.

She took the one-and-a-half-year-old into Clent Hills Vets in Bromsgrove – she works at the Hagley surgery – to have him checked out.

Staff were going to put an endoscope down his throat to see what the problem was but as they opened his mouth they saw the thread leading to his tongue. 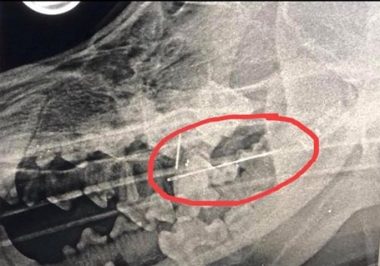 An x-ray showed the needle embedded in his tongue.

Red was anaethetised and the vet made a small incision in his tongue so they could prise the needle out. 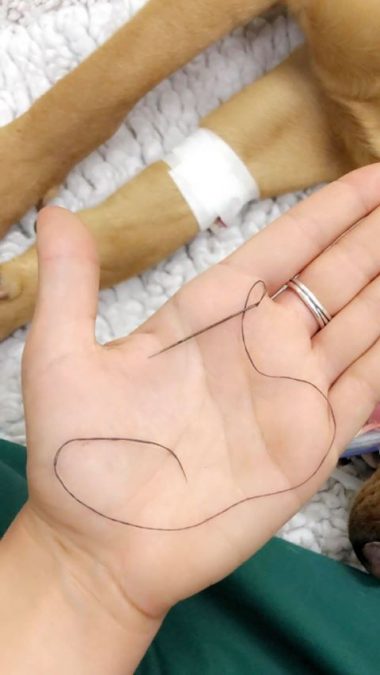 Sarah, who has been a veterinary nurse for eight years, said: “I have never seen anything like this before during my time here and the head vet said the same thing.

“We still have no idea where he picked it up from.

“I don’t do any sewing at home so it’s a complete mystery.” 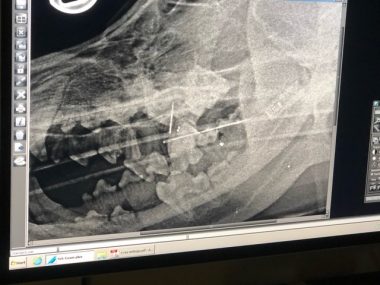 After the needle was removed Red went on to make a full recovery.

“He is back to his normal cheeky self now.

“Everyone here thoroughly enjoyed the situation – they were saying: ‘here comes Red with his needle and thread’.

“We all had a good laugh about it afterwards.”