A FATHER and son from Bromsgrove took on an ‘epic’ journey by cycling from Lands End to John O’Groats, writes Eve Watson.

The gruelling ride took Derek and Matt Overs a fortnight to complete.

Derek, 58, is a keen cyclist and member of Bromsgrove Olympique CC and Matt, who works for Deutsche Bank in Birmingham, was a former Bromsgrove Standard paperboy. 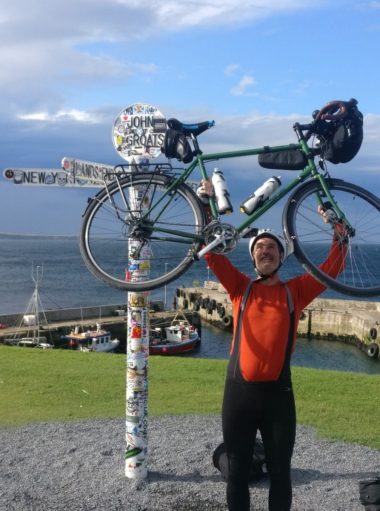 The pair ended up raising more than £2,000 between them including a contribution from Matt’s workplace, with Derek’s chosen charity being the Alzheimer’s Society and Matt’s Cure Leukaemia.

Matt, 25, said: “The weather was definitely the biggest challenge.

“There were full days of torrential rain and we got absolutely drenched. It was emotionally and physically draining.

“It was around the time we reached Chorley the bad weather really began, and the last five or six days were a mental battle.

“About 20 miles away from John O’Groats I thought to myself it feels like it could’ve been another 1,000 miles.” 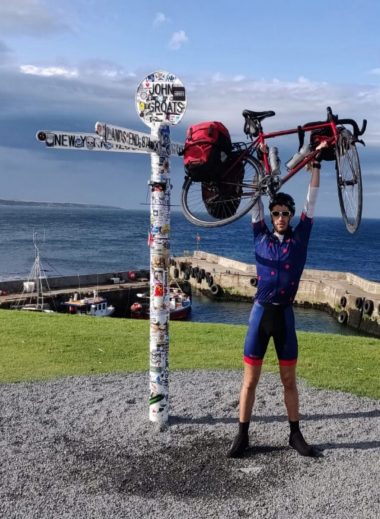 Matt added: “We kept each other going and egged each other on, it was our mental determination that helped us get to the end. It was just an epic endeavour.”