MEMBERS of the Bromsgrove Court Leet had the difficult task of testing the town’s ale during their latest event.

Members were joined by neighbouring courts in Warwick, Henley and Alcester, as they toured the town centre pubs and clubs.

They started at the Unionist Club on Kidderminster Road where the first ale tasting was carried out by Bromsgrove Court Affeeror John Burman who was Bailiff in 1994. 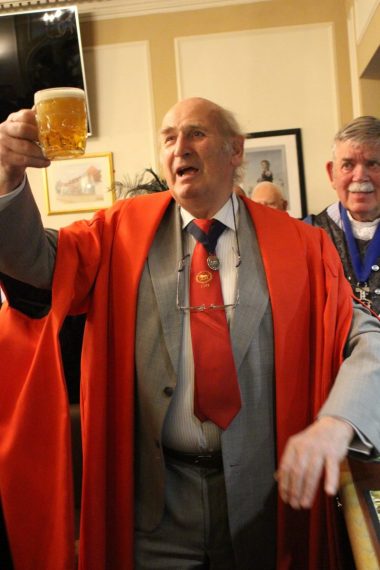 Current Bailiff Dr Bill Tucker handed over a certificate and spring of evergreen to the landlord and the ale was pronounced ‘good, wholesome and fit for consumption’. The sprig of evergreen was traditionally hung above the hostelry’s doorway in days gone by to show revellers who were unable to read that the establishment was reputable and the ale was good. 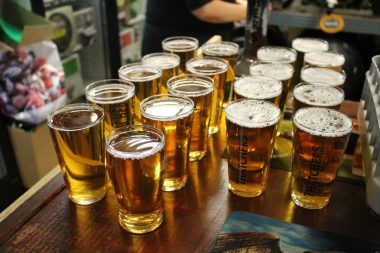 The procession, led by Town Crier and Court Leet Bellman Kevin Ward, then made its way to Ye Old Black Cross before continuing to the Dog and Pheasant and finally the Little Ale House on Worcester Road. At each establishment two ales were sampled by the ale tasters from Bromsgrove, Warwick, Henley and Alcester Courts. All were found to be good and each landlord was awarded the certificate and evergreen sprig.

The evening was concluded at St John’s Church Hall were members of the church fund-raising team hosted a medieval banquet for the 50-strong group. 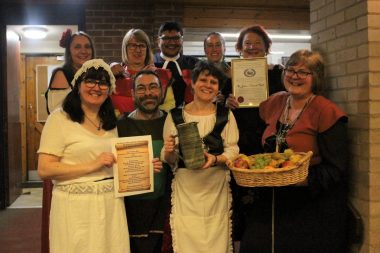 It was concluded with cheese and fruit.

Members of the Court Leet will be carrying out an ancient bread-tasting ceremony at Avoncroft Museum this Sunday, April 7.

The bread – made with flour milled at the town museum – will be weighed and tasted by the Bailiff, overseen by the bellman.

Visit www.facebook.com/CourtLeetBromsgrove for more on the Court Leet.