A BROMSGROVE councillor was in Paris yesterday evening when the fire broke out at the medieval Notre Dame Cathedral.

Coun Chris Bloore, who was in the French capital to listen to a speech by Michelle Obama, was watching the blaze from a bridge and said the scenes were unbelievable.

“The fire was clearly getting through the wooden structure and I saw two explosions.

“I saw the two turrets fall and then saw the spire and roof had collapse.

“People just gasped when that happened.” 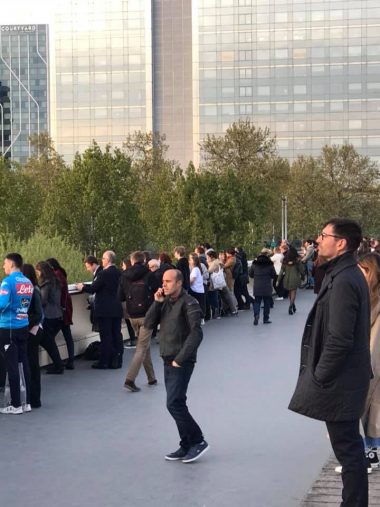 More than 400 firefighters were at the scene tackling the flames – some were on hydraulic ladder platforms while others  climbed the towers so they could get close enough to make an impact on the blaze.

Coun Bloore praised the bravery of the firefighters who were battling to save the building.

“The job they have done has been amazing,” he added.

The Gothic building, famous around the world and one of France’s most iconic building, is 850 years old.

As well as the building itself there were fears expressed for the artwork the building contains and its ornate stained glass windows. 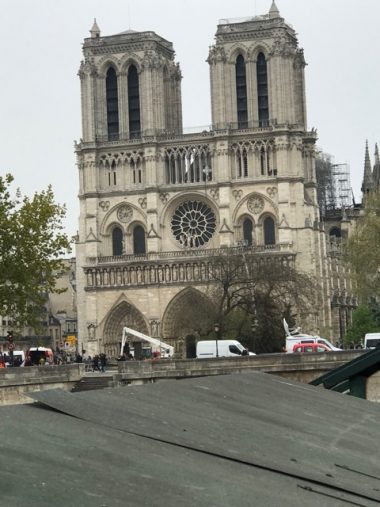 The scene this morning. Picture by Chris Bloore. s

The cause of the fire is not yet known but it is thought it could be linked to renovation work.