A DEDICATED Bromsgrove public servant has been awarded an MBE in The Queen’s New Year’s Honours list.

Lyril Rawlins, who works for the Department for Work and Pensions (DWP), will receive the accolade for his services to DWP and the community in the West Midlands.

Lyril joined the DWP in 1971 and has been Disability Employment Advisor and Coach at Selly Oak JobCentre Plus since January 2017.

The citation praised Lyril for going above and beyond in his day-to-day duties, making a real difference to the lives of countless individuals.

Lyril, 64, said he was gobsmacked to receive the award.

“I’ve had a lot of people come up to me and say I deserve it but I just love what I do.

“It’s great to be able to support people.

“It’s brilliant if people are given the chance to look up at what they want to do.

“It’s not guaranteed that I can get them where I want to be but I can help them make the first few steps.”

He added he loved meeting people further down the line and finding out about the successes they had gone on to enjoy.

“I have had the honour to work with some truly wonderful individuals.

“Sometimes their journeys have been long, but equally I’ve been amazed at how quickly a small increase in confidence has turned into a gallop towards independence from benefits.”

Other local recipients of honours include Ruth Mary Brent from Lickey, who is the founder, and managing director of the Patient Experience Network. She has been handed an MBE for ‘services to improving patient experiences in the NHS.

Norma Ann Boyd has been recognised for with a British Empire Medal for services to the community in Northfield, Birmingham.

Louisa Rolfe, who is the Deputy Chief Constable of West Midlands Police, has been awarded the OBE for services to policing. Louisa lives near Droitwich.

Prof David Green, who is the vice chancellor and chief executive of the University of Worcester, has been awarded a CBE for services to education. He has led the university to a remarkable transformation since becoming head in 2003 and has become the only person to have received both the Pride of Worcestershire and Worcestershire Ambassador of the Year awards.

He said: “I am surprised, humbled and delighted to be awarded this national honour.

“In my view it is very much an award for the whole of the University of Worcester, whose staff, students, graduates and Governors do such wonderful work in the City, County and Country.” 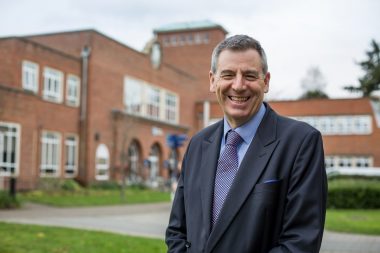 “It is a privilege and a joy to work with such talented and committed people at the University, and alongside so many friends and partners in education, health, business, public service, Church and community generally.”

He thanked his wife Cathy and his daughters Lauren and Alex, saying their support, inspiration and love had been central to any and every contribution he had made over these 16 happy years at the University of Worcester.