STAFF at charity shops in Bromsgrove say they have seen an increase in the number of clothes being bought for ‘upcycling’ as young people become more conscious of their carbon footprint.

It is all part of a ‘sustainable fashion’ movement aimed at reducing the amount of waste generated and maximising the use of items which have already been produced.

Charity shop staff have seen a rise in popularity at their shops over the past five years and while some of that will be down to general money saving, they say there has definitely been a generational shift in the demographic.

More young people are choosing to donate and buy from charity shops.

Whereas in previous times there could have been a stigma attached to wearing something ‘second hand’, now getting something from a charity shop is seen as issuing a ‘fashion statement’, earning a ‘frugal badge of honour’ as well as demonstrating a will to help the environment. 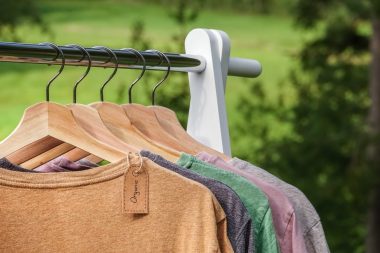 Lesely Millingham from the Blue Cross shop in Bromsgrove said: “All materials can be recycled in one way or another.

“People are coming in to find things that they can upcycle, whether it’s clothes or household stuff.”

Lesley said a key aim of the charity was to encourage people to donate to its shops rather than sending things to a landfill because it was better for the environment.

She said instead of throwing away unsold stock it was now kept for two to three weeks in the store before being moved to another shop at a different location that may not get as many donations.

“There is little waste when it comes to clothes – they always find a home.

“Unmarketable or broken items are separated into plastic, glass and paper and recycled externally,” she added.

She added she felt the fact there was a minimum amount of waste produced by a charity store was one of the reasons they had become so appealing for young people to shop at.

“The public want a choice in clothes, and they get that from charity shops.”

The Primrose Hospice’s retail manager Ian Mcroy said he had also noticed a strident increase in the number of young people using his charity’s Bromsgrove shops in the past five years.

He added he felt charity shops provided consumers with a sense of social responsibility.

Mr Mcroy said: “People are showing a disinterest towards ‘fast fashion’ because ‘it only lasts five minutes’.”

He added with sustainable fashion charity shops offered the ideal alternative as when any clothes were no longer wanted or needed they could be brought back to the store and recycled again.

* WHAT has been your experience of charity shops? Have you always used them or have you used them more recently as the world’s environmental issues become more widely reported? Maybe you are among those upcycling clothes and other items? Email us your experiences to editor@bromsgrovestandard.co.uk