A CAMPAIGN has been launched by two kind-hearted schoolboys to raise funds in memory of their friend Harry Bennett who died earlier this year, aged just 16.

Josh Bullivant, 12, and Henry Smith, 14, aim to collect donations of nearly-new football boots will also give more children the chance to play the Beautiful Game.

Harry was both popular and very active, playing for Kings Norton Rugby Club and football for Meadow Park FC.

Following his death the family-run Harry Bennett Foundation was set up in his memory to help sporting individuals and groups achieve their dreams. 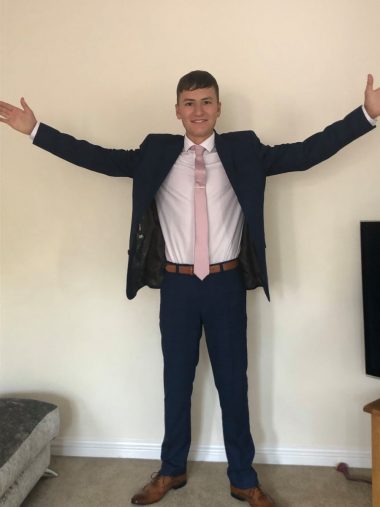 Harry, his outgoing personality, his attitude, what he accomplished in his life and the setting up of the foundation inspired Aston Fields Middle School pupil Josh and Henry, who attends South Bromsgrove High School to start their ‘Bennett’s Boots’ collection.

The boys call themselves The Valencia Crew after Valencia Road on The Oakalls where they and Harry’s family live.

Each pair of boots will be sold for a reasonable price with the proceeds going to the foundation.

Josh’s dad Russell said: “He came to me and said he wanted to do something to remember Harry and enlisted his friend Henry to help.

“I offered to assist them but they have been the driving force behind their idea.”

Henry’s dad Scott who is the headteacher at Fairfield First and his mum Tracey, the head at Rigby Hall, have printed off posters and put them up around their respective schools. They have also been placed in other areas around Bromsgrove.

Russell added: “The boots collected so far look like they have hardly been used.

“Anyone who has children knows how quickly they grow and they often don’t get full use out of their boots – this way others who may not be able to afford brand new football boots will be able to have some to be proud of when they play the game they love.

“It’s a fitting campaign as Harry loved all sport and excelled at football, rugby and cricket.”

He said looking long-term he hoped they would be able to extend the scheme to other sportswear and equipment but they were starting with football boots to see how it went.

Donated boots need to be clean and in good condition.

Anyone wanting to contribute should email Russell at rbullivant1@sky.com or call him on 07828 896734.

Visit hb9.co.uk or go to facebook.com/harrybennettfoundation for more on the Harry Bennett Foundation.