AS THE manager of Bromsgrove’s Blue Cross celebrated 45 years service with the animal charity, Standard editor Tristan Harris caught up with him to find out more about a life dedicated to caring for everyone’s four-legged friends.

DESPITE pride in a lifetime helping protect vulnerable and abandoned animals, Neil Edwards says it is a shame the organisation’s services are still needed as much today as they ever have been. 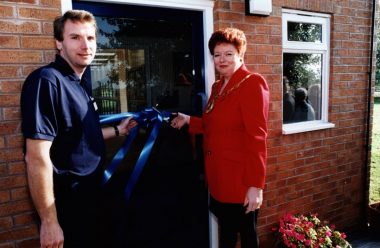 “People are still getting rid of pets for the same reasons as they did all those years ago,” he told us when he popped in to take part in our weekly Podcast (details below).

But although there were still plenty of sad tales to be found, he believed animal welfare had made a big difference over the last four-and-a-half decades.

“It has improved a great deal and things like microchipping have helped that.”

Scanning a minute chip to gain access to pets’ details – which became compulsory for dogs three years ago – was unheard of when Neil started out on his journey, helping out at the Blue Cross’ Victoria Hospital on May 28, 1974.

From there he undertook relief night duty at the hospital, treating animals which owners brought in between 8pm and 8am, carrying out x-rays and assisting vets with surgery when needed.

When he passed his driving test he drove the charity’s ambulances, attending emergency calls and collecting pets from across London often from struggling disabled or elderly owners. 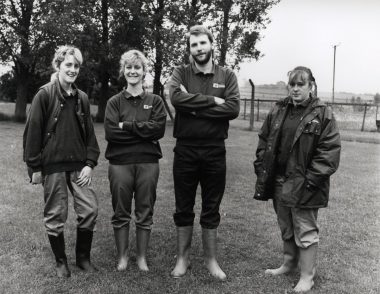 A couple of years later Neil started as ‘manager support’ at various Blue Cross centres in Kimpton in Hertfordshire, the cat centre in Cambridge and Wandsworth and the vet clinic in South London. He would stand in when the manager was on holiday or if there was a vacancy.

Neil’s first full-time managerial role was at Wandsworth vet clinic – now the Merton Animal Hospital – where he lived in with his wife Avril.

And in 1986, after being manager at the previous Bromsgrove boarding kennels with Avril as his deputy, the Blue Cross moved to its current site in Wildmoor Lane. 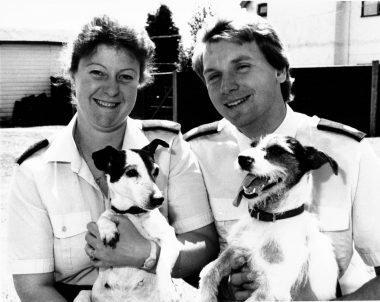 The pair ran the centre, looking after homeless cats and dogs plus a few retired horses, by themselves for over a year before extra hands were recruited to help.

He has remained in Bromsgrove ever since and overseen a number of changes.

In 2015, with demand increasing, the centre was given a £1.9million revamp to enable it to deal with its then and future challenges.

It came complete with a new reception, improved kennels, a puppy unit and a new 15-pen cattery, taking capacity from nine to 24 with space for seven kittens, whereas before there was only room for three.

The cattery was given its own veterinary room and kitchen which saves staff and volunteers time when they prepare food for the furry residents.

The kitten area also has its own kitchen which is even more important as it will prevent any cross infection (young cats are susceptible to bugs). 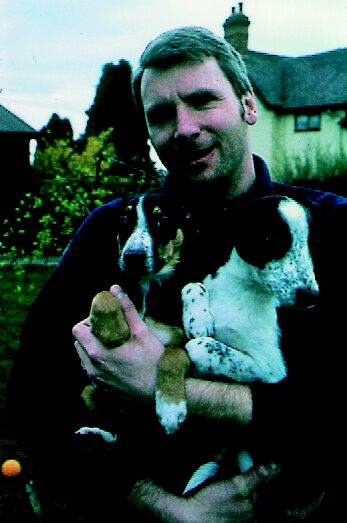 But, while the building changed, the ethos of Neil and the Blue Cross remained the same.

“I must have helped rehouse thousands of animals in that time.”

* Neil Edwards was our guest on this week’s Bromsgrove and Droitwich Standar Podcast where he spoke about some of the more memorable moments of the last 45 years. Click here to listen.