THE WINNER of the 2019 Costa Novel of the Year says he has Brexit to thank for its success but would swap it for remaining in the EU.

Jonathan Coe, who grew up on the Old Birmingham Road in Lickey and attended the county school there, said he was happy people had embraced Middle England but was surprised by the accolade as it was published in 2018 and was written the year before. 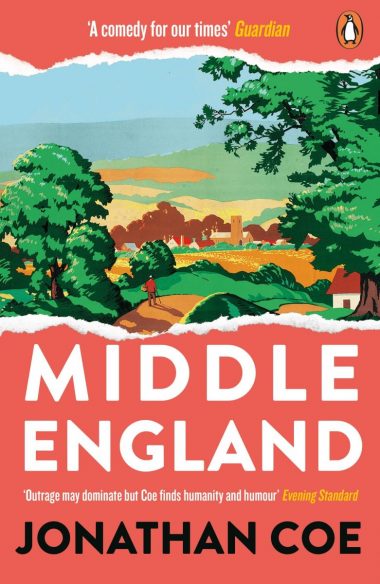 “There have also been a few other novels on a Brexit theme and I thought it was the last thing people would have wanted to read about – people tend to pick up fiction as a form of escapism,” said Jonathan.

The book, described by the judges as ‘the perfect novel for now, centres around life in Britain before, during and after the EU referendum.

Jonathan wrote it because the concept of Brexit, the EU referendum and everything surrounding it had ‘intrigued’ him.

“I could not believe this seemingly dry question posed by David Cameron had got under so many people’s skin and it got me thinking what it was all about.”

He said five or six years ago people did not really seem to think or talk about Britain’s EU membership but all of a sudden so much emotion and debate had been sparked.

“The book is not just about Brexit, it’s also about family life and growing old.

“Politics is always there but it should stay ticking over in the background – that is when the good moments are.

“Yes there is always anger and disillusionment with politics and politicians – it happens all around the world – but for some reason Britain decided to channel all of it towards towards the EU.

“In reality, all of our problems do not stem from the EU and if people think it will all be hunky dory when we leave, they’re in for a nasty shock.”

He said he had travelled extensively and many people from mainland Europe were baffled by the British people’s decision.

“I spoke to a Polish taxi driver who worked Monday to Friday in Vienna and then went home to Poland at the weekend.

“He said before Poland joined the EU the journey took him 17 hours because of all the checks but with frictionless EU travel between countries it went down to four hours.

“This is going to be with us for years, it is a very complicated situation as we try to work out what kind of country we want to be.”

Middle England begins eight years ago on the outskirts of Birmingham ‘where car factories have been replaced by Poundland’ (a nod to Longbridge) and London where frenzied riots give way to Olympic fever.

There is a cast of colourful characters, including newlyweds Ian and Sophie who disagree about the future of the country which impacts on their relationship, political commentator Doug who writes impassioned columns about austerity from his Chelsea townhouse and his radical teenage daughter, a campaigner for social justice.

Another, Benjamin Trotter, embarks on a doomed career in middle age and his dad Colin whose last wish is to vote in the EU referendum.

Jonathan has lived in London for 33 years now and said because of that and his early life he felt he had a foot in both ‘metropolitan and provincial’ camps.

“I think when I left school at 18 I would have voted to leave but, after years of experience, voted remain.

“17.4million people voted to leave and there are 17.4million reasons for leaving – everyone did it for their own.

“Obviously I could not get all of them into the book but I have tried to write it in a very panoramic way and express as many of those points of view as I could.

“I also tried to make it as funny as possible, keep it fairly even-handed throughout and it does end on a note of optimism.”

Fond memories of growing up in Bromsgrove

Jonathan, who will find out on January 28 if he has won the overall Costa Book of the Year title, said he had fond memories of Bromsgrove and south Birmingham and his mum still lives in Lickey.

He comes back to see her ‘every month or two’ and most of his books have references to the Midlands or are set there.

“I remember Bromsgrove having a very thriving town centre and community and the independent book shop Page One – I used to get a paperback from there almost every week.

“There and Bromsgrove Library was where my whole reading experience took place when I was growing up and I used to go along to Johnson’s Records to buy the ‘progressive albums’ I liked.”

Jonathan is currently halfway through his next novel, scheduled for release at the end of this year.

“It takes place in the 1970s and is set abroad – Brexit isn’t mentioned once.

“I’m doing what I think many readers wanted me to do in the first place – I’m writing something to take their mind off Brexit.”

Visit jonathancoewriter.com for more on Jonathan and click here for more on Middle England.