BOSSES at Avoncroft Museum have moved to clarify the venue’s situation after it incurred losses of £50,000 in the last financial year.

The deficit came about after a £340,000 Arts Council project grant – allocated over three years – came to an end.

It was the museum’s highest loss since 2006 the year before director Simon Carter took up his role.

He said: “It’s not a great position to be in but we have weathered storms in the past and we can do so again.”

As well as the ending of the grant, the weather did not help because it was a very cold and wet spring and then there was a heatwave in the summer which meant numbers were down.

“When it is as hot as it was, people tend to head to the coast and don’t really think about coming to us.”

“This year we are on track for slightly higher visitor numbers and still have a number of big events coming up,” added Simon.

Avoncroft, which costs £30,000-per-month to run, depends heavily on its events days and has a host of Halloween activities taking place over half-term. 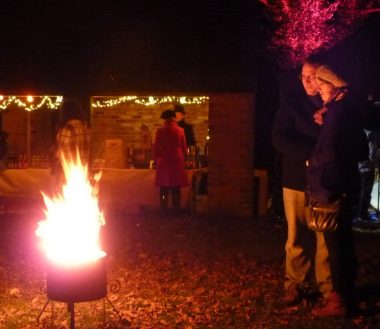 There will also be the ‘no bangs’ firework-free bonfire night between 5pm and 8.30pm on November 5 which has always been popular with children and those who did not like loud noises.

Avoncroft will also hold its first ever ‘Fest of Ale’ beer festival on November 16 and arguably its most popular event of the year ‘Candlelit Christmas’ on the evening of December 7.

In between those main events there are talks, demonstrations, workshops and traditional craft courses blacksmithing, woodcraft and basket weaving.

Simon said: “We are in unprecedented economic times and, whilst we are not under immediate threat, like any organisation we need the public’s support.

“We are a charity but we are different from other charities as we offer something back to people in return.”

He said the museum was looking at other funding sources but hoped more people would come and offer their support.

“It’s amazing how many people in Bromsgrove and the surrounding area who say: ‘I know where it is, but I’ve never been’.

“We want those people to come down and see what we are all about.” 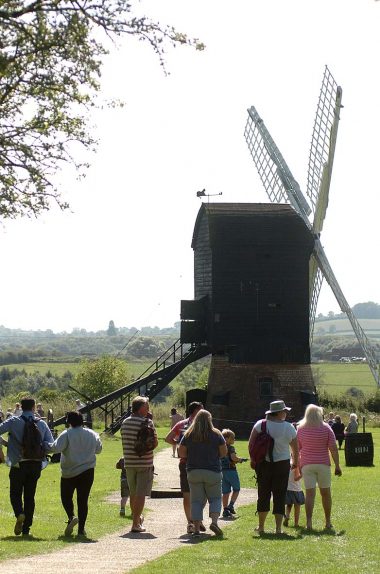 As well as the standard daily admission, the museum offers an annual family membership of just £55 for five people to visit whenever they want including all event days (they exclude ticketed evening events but they do sometimes have member discount prices).

Simon added: “We are also unique here in that a lot of historical buildings and heritage attractions are centred on the upper classes – like castles, country houses and stately homes.

“We showcase what life was like in buildings which would have been used by the middle and working classes as they went about their daily lives.

“They are a truer reflection of what Britain was really like during the different eras.”

Avoncroft has 30 buildings, including the windmill, a nailer’s cottage, a forge, a medieval town house and a 1940s prefab, complete with air raid shelter and siren.

There is also a mission church, a windmill and the National Telephone Kiosk Collection which has the biggest collection of phone boxes in the UK and its own telephone exchange so people can call each other from the different phones.

Simon said he also wanted people to let him know if they had any other ideas for future events and activities and volunteers were always welcome to help out.

Call 01527 831363 or visit avoncroft.org.uk for more information on Avoncroft Museum, events and to get in touch with the team.