PARENTS have expressed their grave concerns for their children’s education at Sidemoor First School after pupil report revelations.

The most serious allegation, which Sidemoor First School has since acknowledged, is that it ‘lied’ about the academic standard the children were at.

One of a number of worried parents who contacted The Standard said: “Following the release of the children’s school reports in July, most parents were told their children were working to the correct standard and above.

“But it would appear this was not true and that our children are actually all well below the national standard.

“This has been backed up by several parents who have had their children academically tested outside the school and have found very different results to what the school has told us.”

We contacted the school for a comment and was told by a spokesperson: “The assessment of a very small number of children was amended.

“The parents of these children were informed and appropriate action was taken.

“This did not affect the performance data for any other children and the school will continue to moderate assessment judgments between staff in school and with other schools to ensure accuracy of the assessment.” 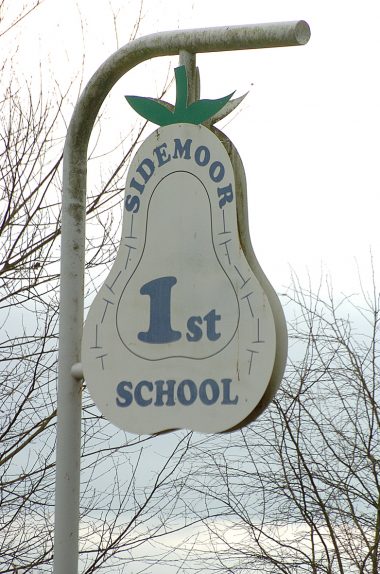 Ofsted inspectors placed Sidemoor First into ‘Special Measures’ in May 2017 and on their re-visit in September 2018 decided the school was still running at an ‘unsatisfactory level’.

Other concerns voiced by parents have included the ‘high turnover of staff’, with numerous teachers confirmed to have left just before Christmas.

One worried mum said: “I’ve had my daughter come home in tears because she is so disillusioned.

“Teachers who have been at the school for years are being replaced by supply teachers all the time and that’s not good enough.”

In response, a school spokesperson said: “There has been a small turnover of staff which is not unduly high for a school of this size.”

The spokesperson said a special Teacher Education Day was held on Monday, along with a staff meeting so teachers could share information and raise any concerns.

Priorities and ‘next steps’ were identified.

“A local authority officer was available throughout the morning to meet with individual members of staff to discuss any specific concerns.

In a statement the joint interim heads said: “We are very much looking forward to working alongside children, staff, parents and governors to ensure continued improvement.

“Parents will be invited to a meeting early in February when we will share key priorities for the school and the actions that will be taken going forward.”

Tony Kinsella, Chair of Governors at Sidemoor First School, said: “Learning is at the heart of everything we do at Sidemoor and we are working with staff, governors and the local authority to provide the best opportunities for all of the children in the school.

“We believe the combined expertise of the two senior leaders, who both have a demonstrable track record of supporting schools in challenging circumstances, will have a positive impact on the school’s progress during the spring and summer terms.”