Almost 12,750 pints of beer, cider and perry drank by 3,077 visitors at this year's Bromsgrove Beer and Cider Festival - The Bromsgrove Standard

Almost 12,750 pints of beer, cider and perry drank by 3,077 visitors at this year's Bromsgrove Beer and Cider Festival

ALMOST 9,500 pints of beer and 3,250 pints of cider and perry were consumed by 3,077 visitors to this year’s Bromsgrove Beer and Cider Festival.

It took place at the town’s rugby club last Thursday to Saturday and the Colchester Brazilian Coffee and Vanilla Porter was the first beer to run out.

The event is run by the Redditch and Bromsgrove branch of CAMRA (Campaign for Real Ale) and 102 people signed up to become CAMRA members over the three days.

A total £852.34 was donated in unused tokens for this year’s festival charity, the Freewheelers ‘Blood Bikes’. Combined with other donations to its stand, £1,508.56 was generated to the cause. 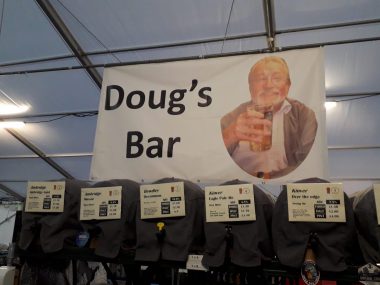 The Freewheelers deliver blood and other essential medical equipment to hospitals, surgeries and other NHS organisations. 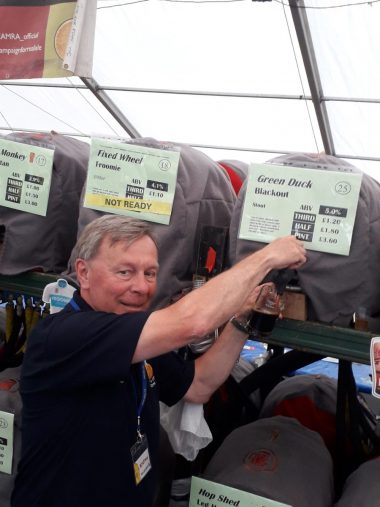 The West Midlands Golden Ale of the Year competition was held with the panel judging Salopian’s Oracle to be the best one and the brewery’s Hop Twister finishing second.

Among those visiting were a large group from the Wyre Forest Hash House Harriers running club who put in a few miles before they reached the festival.

Mike Porter said: “One of our group, Tony Colclough, is a member of Redditch and Bromsgrove CAMRA and suggested we come along and it’s great.

“It’s my first time here. The atmosphere is brilliant.

“I will definitely be coming back again.” 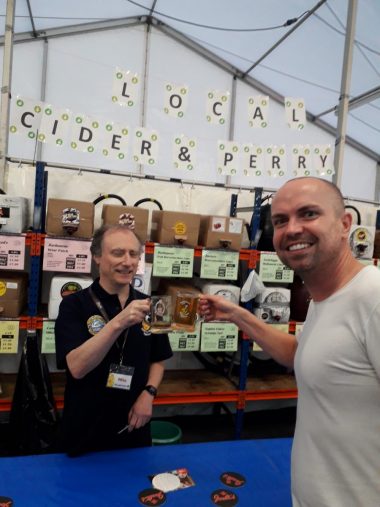 Phil Hollingsworth from Bromsgrove said: “This is my first time here – I usually drink lager but I thought I’d give the cider a go and it’s been a revelation.”

The theme for the festival was the 50th anniversary of Neil Armstrong’s moon landing which takes place this month and the logo depicted an astronaut on the moon holding a ‘CAMRA’ flag.