A CASH boost for Bromsgrove Sporting worth £10,000-per-year for the next five years is a step closer after the district council’s cabinet agreed the proposal on Wednesday night.

Currently the Rouslers pay £1,000 per month rent to the authority for using the Victoria Ground which is a lot more expensive than neighbouring clubs, such as Redditch United and Stourbridge.

The situation was looked into by a task group, chaired by Coun Michael Thompson, and a recommendation was put forward to give the club the majority of it back through the £10k annual rebate.

Another issue examined by the task group was the lease which currently only has around ten years to run.

In order to access other funding sources from organisations, such as the FA, clubs need 25 years at least.

So, as well as the funding, a 50-year lease for Sporting is also included in the proposal which will need to be rubber stamped by full council next month.

The club’s director of capital programmes Mike Gardiner, who gave a presentation about the club to the task group earlier in the year, said: “We have some fantastic supporters and we want the ground to have the facilities the fans and players deserve.”

Among the improvements the club would like to make are improving the stands, enhanced disabled facilities more seating and the best possible playing surface.

Sporting have enjoyed three straight promotions on the bounce and are currently at step three in the football pyramid.

The Victoria Ground is of a high enough standard for the club to be in step two but bosses want to improve it as much as possible to stand it in good stead for the future.

Mr Gardiner added: “The better the ground gets and with the team playing well, the more players will want to stay with us or come to us and that will increase our chances of future promotions.” 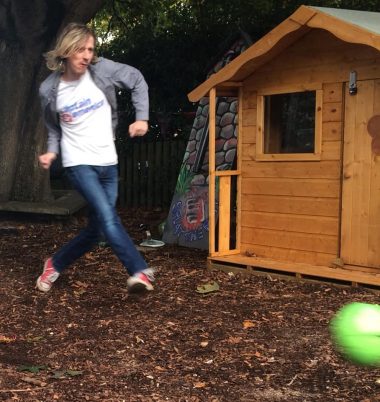 Coun Thompson (pictured) said: “This is a really important decision for our town.

“In recent years, the football club is something that has given local residents something to really smile about.

“I am delighted the cabinet accepted the recommendation. The council owns the ground so as well as improving their asset, they are lifting a ceiling that might otherwise restrict the club from reaching higher leagues.

“We should also remember people who visit the ground also visit the town centre.

“Whenever the dark cloud of Covid-19 lifts, local businesses – particularly those involved with hospitality – will look to benefit from the success of the club also.

“It is an all-round winner.”