When we wanted Sunshine in Brum we got rain

It oozes wit and satire from every word and frame – revelling in distinctiveness like a happy dog rolling in sun-drenched mud. Sadly the same cannot be said of this musical adaptation. 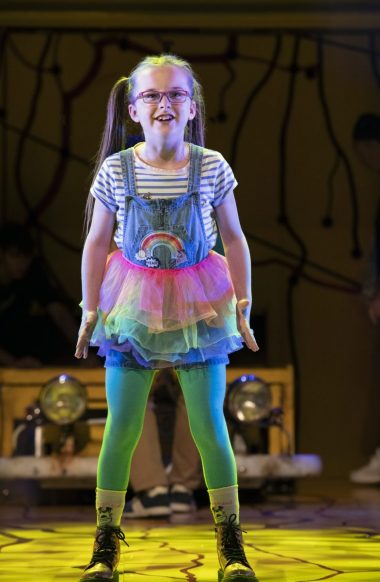 The show purports to be ‘a road movie’ for the stage, wherein the ‘Hoovers’ a dysfunctional family comprising coke-snorting, porn-loving Grandpa (Mark Moraghan), a recently outed academic uncle on suicide watch (Paul Keating), a  son who has taken a vow of silence (Sev Keoshgerian), a long suffering mum (Lucy O’Byrne) and a struggling life coach author Dad who’s facing bankruptcy (Gabriel Vick) – drive a sick VW campervan the nigh on 1,000-mile journey from  Albuquerque to California so their cute daughter Olive (Lily Mae Denman and Evie Gibson/ Sophie Harley-Booth on alternate nights)  can take part in a beauty pageant. 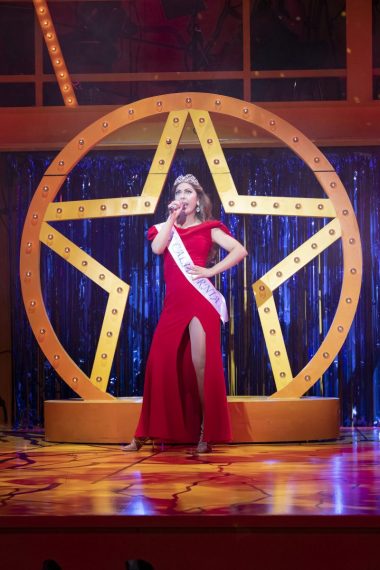 The cast are all strong but fight against an almost pre-watershed book by James Lapine and annoyingly when the dialogue gets mildly interesting it’s interrupted by songs which make you turn off rather than tune in. They add nothing and are for the most part unmemorable  (which is surprising as they are from the pen of Tony-award winning music and lyricist William Finn). 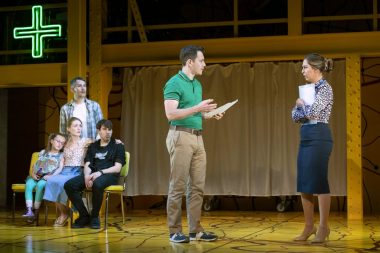 On the plus side Matthew McDonald gives us a brilliant cameo as the hippy pageant techie, Ian Carlyle makes a cringe worthy compere and the band under the direction of Arlene McNaught give excellent musicianship.

I’m not sure when the trend of turning movies into musicals rather than visa versa started, but whilst there have been successes there are also casualties and I’m afraid that to me  ‘Little Miss Sunshine’ is one of them. It is a shame – I loved the movie but even though this musical lasted barely 90 minutes.

I was pleased to reach the walkdown.