Talented cast is the victim in 'overwritten' Ripper play

THE BLUE Orange Theatre is a small, fringe theatre on Constitution Hill in Birmingham where you can usually find well-performed, interesting theatre on offer. 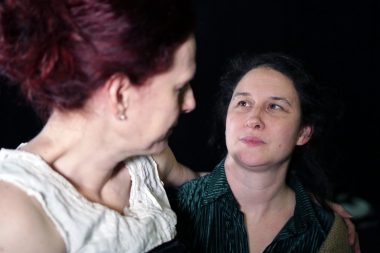 I would happily watch these fine actresses again in other roles as they worked together so well, supporting each other and never dominating. It was obvious that they had put a great deal of thought and collaboration into this production in harmony with their drector Oliver Hume.

My problem is with the script by Mark Webster, which I feel is more of a book of many words than a play with pauses for thought.

There is so much ‘said’ that we are not really given time to think about what we are listening to or watching.

It suffers from repetition which makes it difficult to follow who’s who and the best clues were the  costumes by Simon Ravenhill.

When we get to the murders themselves having given the gory details once about what Jack carved up and where he put it, with the audience taking a collective intake of breath at the thought, the senses become dulled as this is then repeated for every corpse.

In the actual story telling there was too many slapped hands for slapped faces as a substitute for physical theatre.

Constantly using this technique dulls the impact, theatre should always be about surprise not expectation.

I recently reviewed ‘Pride and Prejudice –well sort of’ showing at the REP where an all female cast also act out a classic story. The ladies of the Blue Orange Company are their acting equals but have unequal material to work with.

It may be there is a good play here but a scythe needs to be taken to the script then what remains rewritten making it into an intense one act plus, dare I say, add some lighter moments.

Finally in the walkdown – ladies, please come out of character and smile – the play is over so let us show our appreciation of your hard work to the living not the deceased.

Running until November 2, it is worth going to see this show – for the talented cast.

Jack the Ripper – The Victims runs at the Blue Orange Theatre until November 2.

for times, tickets and more information.