PRESS night of Michael Flatley’s ‘Lord Of The Dance 25’ at Birmingham’s packed Alexandra Theatre last night was actually a tick on my bucket list.

Before then, the nearest I had got was in New York a couple of decades ago when I had a note shoved under my hotel room door.

It read ‘Following your performance this evening I am calling you in for a 4am rehearsal. Do not be late – Michael Flatley.’ Obviously he had the wrong room but woe betide the dancer who didn’t get that message.

That episode should endorse everything you hear about the legend being the hardest dance taskmaster in the world – and why not?  After all he created this phenomenon – quite right he should guard it. 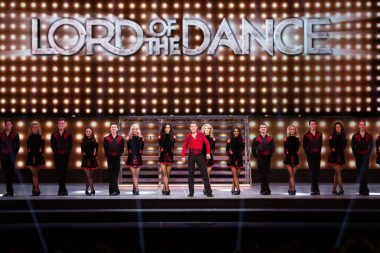 Unless you positively hate Irish dancing or the thought of long-legged nimble-footed boys and girls performing routines at near faster than the speed of light – then there is nothing in this show that’s not to like. For me was certainly worth the wait.

The show opens with wall-to-wall video chronicling the 25 years of continuous performance – save of course for those Covid years. Several troupes have wowed audiences in 56 countries from Estonia to Abu Dhabi  and always under his direction.

Fast forward to the end and it finishes with an ABBA style avatar performance where not one, not two but – three Michael Flatleys turn the clock back 25 years and give us a walkdown dance like nothing seen before.

In between comes dueling fiddles, beautiful singing, frame and bodhran drums, bone players, whistles and of course wave after wave of dancing feet. 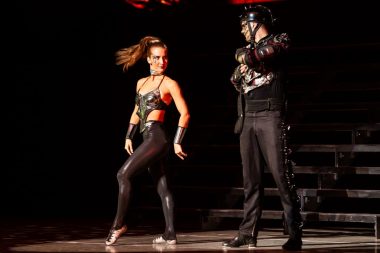 Add to all this some amazing FX settings and you could be in Las Vegas not Birmingham.

Formulated it may be but it’s also a joy to let the Irish magician cast his spell. He is the Lord of the Dance say I!

The Lord of the Dance 25 runs at Birmingham’s Alexandra Theatre until Sunday, June 19. Click here for times, tickets and more information.