BROMSGROVE will be feeling the love on Wednesday night, September 25, when a brand new Elton John tribute show is premiered at Artrix.

The crowd will be crocodile rocking along as Rocket Man Phil Mountford and his band take to the stage at 8pm with ‘Forever Elton – The Greatest Hits’. 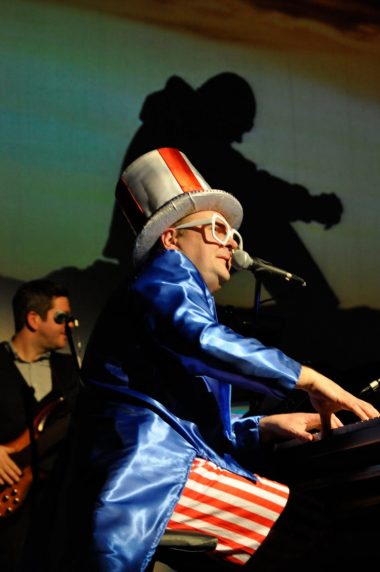 Award-winning composer and former stonemason Phil was asked to be the musical director for a charity rock concert his father-in-law was arranging following a life-saving heart operation at Wolverhampton’s New Cross Hospital.

Phil took to the stage to sing and so successful was it he formed the new six-piece band for the Forever Elton show.

Forever Elton is being toured around UK and Europe to pay homage to the music Sir Elton and Bernie Taupin.

Leaving school at 15 Phil joined the family business as a stonemason for 6 years and later graduated from Aston University to became a software engineer.

In 2004 he turned to his real passion and began writing music for short films, including Norman Wisdom’s last film ‘Espresso’.

He went on to compose for feature films and in 2013 he scored the soundtrack to the British crime film ‘Vendetta’ which was the most successful non-theatrical DVD release of the year and has since scored several films including Journey To Le Mans (Patrick Stewart) and Breakdown (Craig Fairbrass).

He continues to compose for theatre, cinema, adverts, television and film, with a new film Stalked having just premiered at Fright Fest film festival and being released internationally later this year.

In 2008 Phil formed the five piece crossover classical ensemble, Fordante, to focus on performing his own original musical works.

Arts Council England have four times supported his group, Fordante, which he can often also be seen performing in with their light and entertaining take on popular classical repertoire and movie music, along with his original works, throughout England.