THE PSYCHOLOGICAL thriller ‘One Under’ thriller from Winsome Pinnock and performed by Graeae Theatre Company is one of the best dramas I have seen this year.

It’s not really a ‘whodunit’ but a ‘why-did-he-do-it’ in this story about people trying to make sense of why a young man jumps in front of a train. 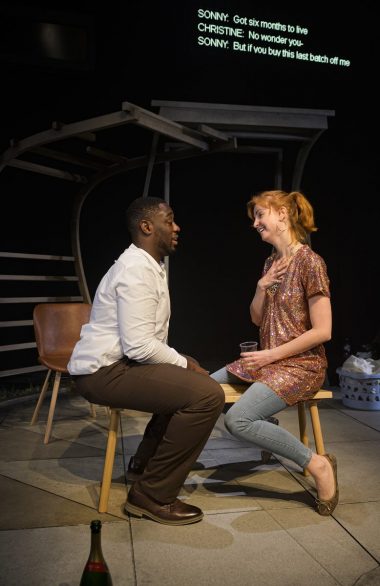 Stanley J Browne skillfully plays Cyrus the train driver who quits his job after the suicide occurs on his watch. The young jumper is Sonny – a quite compelling performance from Reece Pantry.

We discover through a series of flashbacks as Cyrus tries to overcome his grief by delving into Sonny’s life that, amongst other complexities, he was reeling from a disastrous fling with a girl who works in a dry cleaners. This is the slightly bi-polar Christine (Clare-Louise English) who effectively adds more confusion into the melting pot.

Cyrus also meets Sonny’s resentful adopted sister Zoe (Evlyne Oyedokun) and mother Nella, (Shenagh Govan) – both of who have their own demons to deal with.

Govan brings such captivating passion to her role which for me makes hers the stand-out performance of this very talented company.

Director Amit Sharma brings together the complexity of the story with great skill and clarity. There is never a dull moment in what is a very dialogue-reliant play. 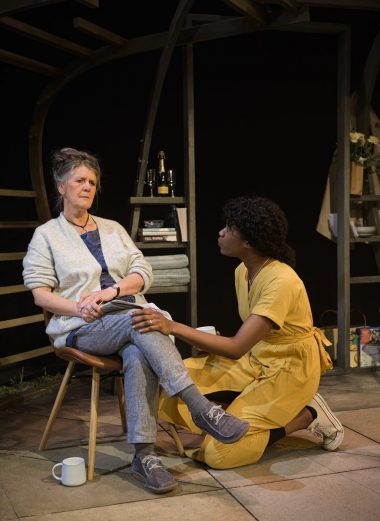 Amelia Jane Hankin has designed the perfect space where the actors can just drift in and out of the action into a central circle.

The screen on which both narrative and audio description are displayed went from being a bit annoying at the outset to a valuable asset to help keep up with where and when we were on Cyrus’ complicated journey.

With ‘One Under’, Graeae once again follows its mantra as a force for change in theatre by breaking down barriers and boldly placing talented deaf and disabled artists centre stage.

One Under runs at the Birmingham Rep until Saturday, November 23.

Click here for times, tickets and more information on the show.