WHEN a young Carlos Acosta began his dance training in Cuba back in the 1970s, he could not have imagined the stellar career that would follow.

The struggles he overcame to fulfil his dream are well-documented and he has become an inspiration to dancers across the globe.

On retiring as principal dancer with The Royal Ballet in 2016, Acosta formed his own company ACOSTA DANZA with the mission of harnessing and nurturing young creative dance talent emerging from his homeland.

Since then Acosta Danza has toured the world to critical acclaim.

The company’s arrival in Birmingham was something of a home-coming for Acosta as, in an extraordinary coup for the city, he will be taking the helm as artistic director at Birmingham Royal Ballet in January 2020.

The evening opened with the extraordinary SATORI by Raúl Reinoso – a member of the Acosta Danza company and mentored by Acosta himself.

Set to specially-composed music by Pepe Gavilondo, the piece explores the search for spiritual illumination. 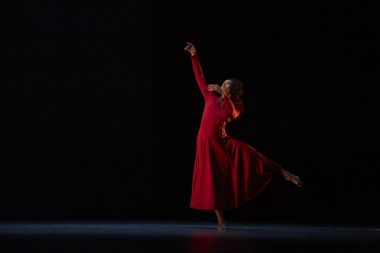 The costumes become part of the set, billowing and changing shape as the dancers move, eventually shedding like a skin as they reach the moment of knowledge.

The sheer physicality of movement is simply stunning – precision is key to making the shared ‘costume’ work, whilst maintaining fluidity and grace – performed faultlessly and seemingly effortlessly by the company.

Principal dancer Zeleidy Crespo is mesmerising – her unbelievably long limbs and ability to make such incredible shapes with her body is jaw-dropping as she transitions from classical pointe to raw contemporary in one movement.

This is a joyful, optimistic piece, both an homage to Cuba’s past and nod to its future potential.

The set of tall grasses was beautifully simple, emphasising the feeling of warmth and care-free summers of youth and echoed by the laconic movements of the dancers.

This was the most intimate of pas de deux – at times you were unsure who’s limbs were whose, they became so intertwined, brilliantly matched by the fusion of Debussy with Sawhney’s evocative multi-cultural score.

The visceral physicality and strength of the two dancers was simply stunning and drew audible gasps from the audience.

The programme finished with ROOSTER – a piece by legendary choreographer Christopher Bruce, set to music by The Rolling Stones. I first saw ‘Rooster’ in the 90s – back then it was ground-breaking, provocative and raw  –  however this revival, following as it did such jaw-dropping performances, felt a little staid and under-stated, perhaps a mark of how far contemporary dance has come in the intervening years.

It was fun nonetheless and what a privilege to see the master Carlos Acosta himself literally strutting his stuff.

The cheers and lengthy standing ovation from the capacity audience at the end of the evening must’ve been music to Acosta’s ears – he is assured of a very warm welcome when he arrives to take up his new post in January and I for one can’t wait to see what he does with Birmingham Royal Ballet.

If you missed Acosta Danza this time, the company will be back in 2020 – invest in a ticket!

Could you be a Community Payback Officer? Recruitment drive to ensure offenders pay back for their crimes

Kate celebrates a big birthday today: How her style compares to other royals at 40