The Red and White Polish bistro, based on Stoke Road in Aston Fields, is the brainchild of husband and wife Darren and Dominika Griggs.

The pair met whilst working at Aldi in Droitwich and got married in Dominika’s native Poland in 2014.

Darren loves Polish food and Dominika is passionate about creating it so they decided to open the restaurant. 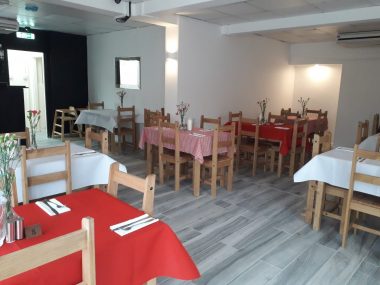 They were unsure of where to base it to start with but when the opportunity to open in Aston Fields came up they jumped at the chance.

Darren said: “It’s a great place – as well as being one of the up-and-coming areas, there are also pubs and the Premier Inn down the road and the transport links with buses and trains so close are fantastic.” 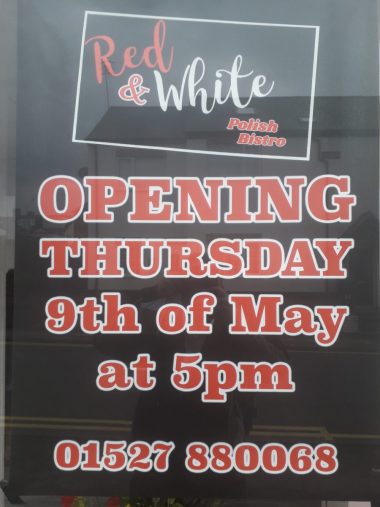 Dominika added: “There are a lot of pizza places, Indian and Chinese restaurants and takeaways in Bromsgrove but we offer something different.”

And Darren said the response from people who they had told about the restaurant had been very positive.

“People love trying new things and they can certainly do that here.

“We’re not sure how many people in Bromsgrove will have tried Polish food before so we’re hoping they’ll come down and give it a go.”

The first diners to try the restaurant were Ken and Debbie Hinks. 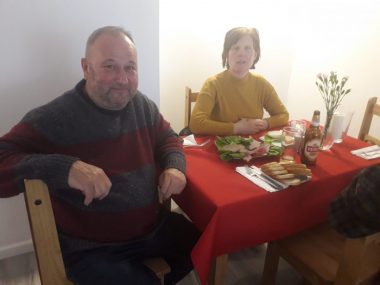 Ken, a taxi driver for 577777, said: “I drove past when I was working and suggested to Debbie we come down.

“It’s very nice and so much food – it’s filled us right up.”

Red and White is open from 5.30pm to 10pm from Thursday and Saturday and between 11am and 4pm on Sundays when there is a set menu.

Visit redwhitebistro.com for more information and the menu.