THE HIPPODROME is  what is known in the business as ‘a receiving house’ which means it’s programme consists of grand tour productions and so it is quite a revolution for it to produce its own show.

As such, this co-production with Leicester’s Curve Theatre sets high standards with this roof-raising, foot-stomping, soulful and thought-provoking musical -The Color Purple’

Based upon the Pulitzer prize winning novel by Alice Walker and the 1985 Oscar nominated Steven Spielberg movie, this show (with book by Marsha Norman and music and lyrics by Brenda Russell, Allee Willis and Stephen Bray), ran on Broadway in 2005 but never made it across to the UK – until now. 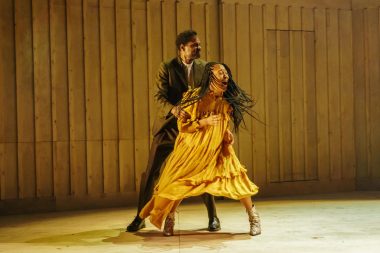 It is an epic story spanning almost 40 years from 1904 to 1941 and deals not so much as I expected with racial prejudice, but black gender inequality as seen through the eyes of the principal protagonist Celie.

When we first meet Celie at 14, she has just given birth to her second child, both sired through incest via her stepfather and taken away by him to where and what fate she knows not.

The said stepfather marries her off to a local landowner Albert (Mister) who only weds her because he gets a cow thrown in. Albert constantly ridicules her, calling her ugly and treats her as a workhorse. When her sister Nettie becomes next in line for step daddy’s incestual desires she runs away to join Celie. 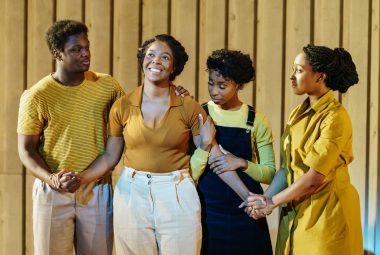 Unfortunately Mister has the same ideas about Nettie as her stepdad – but with Celie’s help she leaves forever.

Not exactly a fun–filled start you might think – and there is worse to come. However I shall stop telling the story here except to say that the injustices turn full circle with redemption and tenderness taking their place, culminating in an ending that brings tears of pure joy.

T’Shan Williams as Celie is onstage for almost the entire show and carries the weight of storytelling, lung-bursting songstress, principal victim and ultimate heroine on her shoulders – a task she accomplishes magnificently. Williams leaps at us across the curtain line, taking us with her on her marathon journey every step of the way.

Ako Mitchell is suitably loathsome as the detestable Mister, Simon-Anthony Rhoden makes a rakish Harpo and Geoff Aymer a tut-worthy Old Mister who has cast a misogynistic shadow over his son. 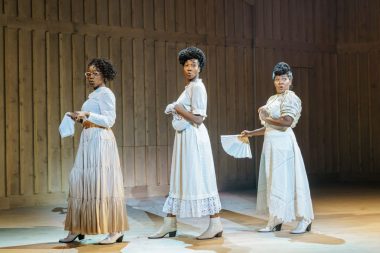 Danielle Fiamanya delights as Nettie, Karen Mavundukure  excels as the larger than life Sofia and Joanna Francis stirs our spirits as the arch-feminist Shug Avery. 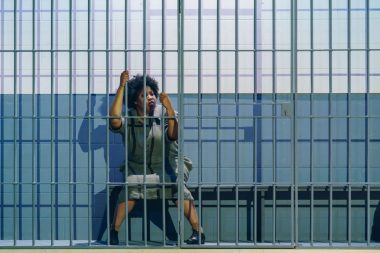 Tinuke Craig has directed this outstanding company to the point where the production is perhaps greater than the material. By that I mean every ounce of meaning is dragged from a dialogue that is sometimes a little creaky and the songs, which are a bit samey, are performed with the apocalyptic zeal of a tabernacle choir.

You do not come out whistling a memorable ditty but you do come out exhilarated never the less.

The standing ovation is well-earned and for the first Hippodrome home grown production ‘The Color Purple’ is indeed a triumph.

The Color Purple runs at the Birmingham Hippodrome until Saturday, July 20.