A ONCE derelict playground in Charford has been given a new lease of life after undergoing a major refurb.

Tibberton Court playground, by Austin Road, was fenced off in 2019 to stop its apparatus from being vandalised further.

But the fence was knocked down several times by yobs leaving the hazardous playground to be accessed by anyone, including local children in Charford.

Sharp metal objects with piercing edges could be seen across the area at the time.

But after engaging with Charford residents, a specialist working for Bromsgrove District Housing Trust (BDHT) has transformed the play area.

It now boasts new equipment as well as improvements to lighting and fencing. 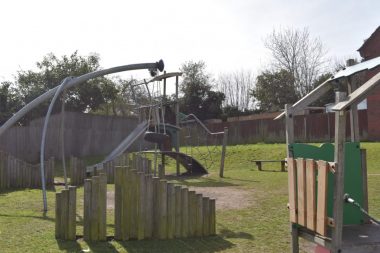 BDHT has also formed a partnership with Safer Bromsgrove and will be liaising with the community to create a residents’ group to ensure the playground can be enjoyed by locals for many years to come.

BDHT director of housing, Graeme Anderson, said: “This site was previously identified as a hot-spot for anti-social behaviour and was in need of regeneration.

“After a number of short-term measures during the pandemic, we are delighted to have delivered a more permanent solution for local residents.

“It was incredibly important to us that we engaged with the community to ensure the area delivered an attractive and engaging space which they could utilise.

“The refreshed play area will be a fantastic addition to the local area.” 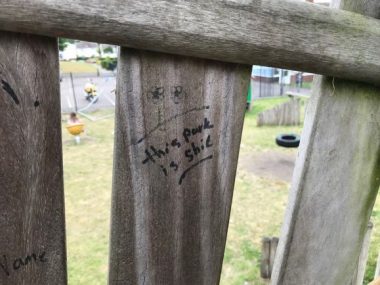 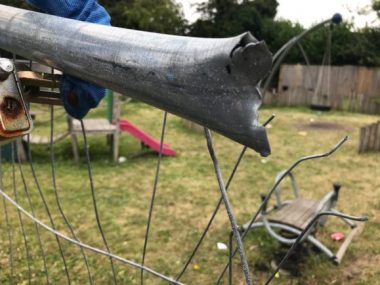 Before: The playground was vandalised.

David Rischmiller, community safety officer at Safer Bromsgrove, added: “Whilst the revitalised playground will make a significant impact on the Charford community, it’s incredibly important that we look at this as a long-term inclusive partnership to ensure it maximises its potential.

“We’re delighted to be working in collaboration with BDHT to do this.”