Aston Villa’s appointment of Steven Gerrard as their manager raised few eyebrows. After all, this was a move that seemed to suit all parties. Villa had little to lose, while Gerrard was looking for his first foray as a Premier League team manager. Though Villa fans are eternally optimistic, the truth is that, at the time, it was a relatively risk-free move for the former Liverpool captain. Today, both sides will be happy with the arrangement, and especially Aston Villa. Fans might just be thinking that a European position may be a realistic aim next season. Certainly, you can expect that Villa supporters may look at the free betting offers available at Oddschecker and place a hopeful bet that the team will play a European fixture for the first time since 2010.

So how has Gerrard done it? And what may the future hold? We’ll run through the shrewd signings that made a difference, and the tactical improvements Gerrard and his team have made. Ultimately, although it’s early days, it could well be ‘Proud History, Bright Future.’

The results on the pitch are the most important thing to a football team, but you can’t achieve good results without solid processes behind the scenes. It’s a part of the football world that fans are not privy to as it is, after all, a private space. But every now and again, news emerges from within the camp, and it can be suggestive of what the future may bring. It was recently reported that Chelsea players might be unhappy with Tuchel’s managerial style, which would not bode well for the future.

But what about Gerrard’s Villa? On that front, there is good news. According to Rio Ferdinand, the behind the scenes activity is extremely positive. By all accounts, players are impressed by the intensity of the training sessions and the work being done by Gerrard and his staff. Footballers are not robots. Happy players deliver more than unhappy players. And since Gerrard is doing all the right things that make his players happy, that’s a good sign that the future will be bright.

Gerrard brought something with him that few other candidates for the managerial position could: star power. During his playing days, Gerrard was one of the best and most famous players in the world. Legends of the game around the world named him their favourite player and, of course, he had plenty of big game moments.

This means that Aston Villa can attract players that would previously have been beyond their reach. It’s unthinkable that Countinho would have joined Villa had Dean Smith still been at the helm. That’s not a slight against Smith; it’s just a compliment to Gerrard. He’s made Villa Park a more attractive proposition for leading players because of everything that he’s achieved in the game. Plus, he has connections that few other beginner managers possess. You have to imagine that there’ll be a few Liverpool players arriving at some point, either on loan or as an outright signing. Big players help you to win football games, and we might just see many more star names at Villa Park in the years to come. 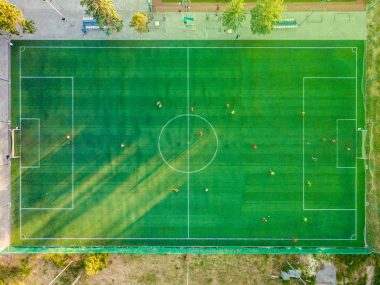 Of course, signing some big names is a good start, but it’s not a long-term strategy for success. For that, you need to have a manager who really wants to take the side to new heights (or, in the case of Villa, back to where they belong). And everything that Gerrard has said and done so far suggests that he’s not just killing time at Aston Villa. He has plans.

Gerrard made his name as a player by having exceptionally high standards, both for himself and for others. He was only interested in winning. Recently, he’s been talking in bullish terms about his vision for Aston Villa, saying that he wants to challenge Manchester United and the other teams above them next season. There was no sense of delusion. He believes that it’s possible.

And it shouldn’t be underestimated just how much of an impact that level of belief can have. Gerrard knows what hard work and a lot of heart can achieve. In time, his players may begin to have the same level of belief, and then things can really get interesting.

There’s no avoiding the fact that the owners of the football club have a huge influence on the long-term prospects of the team. The clubs that have good owners always reach their full potential. The clubs with bad owners can be stuck in a cycle of negativity (see Manchester United under the Glazers and Newcastle United under Mike Ashley).

The good news for Gerrard, the players, and the fans is that Villa’s owners appear to be as ambitious for success as Gerrard is. They’ve got money, which of course helps, but they’ve also got a strategic plan, which is vital. They’ve got plans to invest in the club’s infrastructure, youth team, and new signings, which, when you put them all together, can produce a deeply encouraging outlook.

Gerrard has more in his locker than just first pumps and motivational speeches. His tactics are astute, too. We saw that when he was in Rangers (who, we should remember, didn’t only win trophies, but won them while playing well). His 4 – 3 – 2 – 1 formation doesn’t work every time, but that’s just because it’s early days. There have been enough encouraging signs to suggest that it’ll be successful once the team has fully adjusted. As well as improving the team’s attacking prowess, Gerrard has also solved an issue that caused problems under Dean Smith: he has made the team harder to break down.

It hasn’t been a meteoric rise to the top since Gerrard took over. There have been many defeats — including, recently, three in a row — but that’s to be expected. The positive points outweigh the negative at the moment, and there’s every chance that the positive points will continue to multiply in the coming months.